With all your inputs, the department has released the final ecommerce rules under the Consumer Protection Act 2019 and they are attached.

You are welcome to review them and share any inputs you may have. The objective has been to ensure that the consumer is protected when shopping via ecommerce platforms. Also, the Consumer Protection Act 2019 has been notified yesterday.

We look forward to your inputs! more
Helpful Connected Consumers Aug 08
Viewed by 3850
View all 36 comments Below 36 comments

G. C. Mathur (Convenor-Trustee, Binty (A Voluntary Consumer Organisation), New Delhi)
Here below are my views and comments on the new CPA-2019/2020 in response to participate in a Webinar conference organised by Upbhokta Halchal on Sunday 26 July, 2020:

"Thanks for the invite. Unfortunately i would not be able to attend the Webinar on 24th July (Sunday) because of my other committed appointment. Still my views on
I. CPA Act,
II. Misleading Advertisements
III. Product Liability from Expert Consumer Activists.

"First, please inform the participants that the character of consumer affairs (protection, education and awareness included) is non-political, non-commercial, and non-religious which has been blatantly ignored and violated by the political leadership. This must be correct and is possible only if the consumer activists themselves are following the said stated divinity of implementation of the Act.

Second, the consumer activists must endeavour to politicization of the architectural structure of Consumer Affair - the nominations to Consumer Protection Councils at the Centre and the States/UTs must not be by the political leadership at all. Instead, the nominations should be by the activist voluntary consumer organisations of the country in alphabetical order.

Fourth, the nominations or appointment of President and the Members of Consumer Forums at all the levels must be non-political and done well before the tenure of the incumbent expires. It will be preferred if such appointments are done by the Union or State Public Service Commissions in order to avoid favoritism.

Fifth, it is absolutely necessary that the management of the CCPCs/Councils are managed by the Members of themselves instead of the bureaucrats under political discourses. Example: I suggested the GoI Department of Consumer Affairs to donate Rs.5 crores as cost of the quantity of the PPE kits for Safdarjang Hospital-Delhi as per their appeal for and on behalf of Consumers of India by the Members of the CCPC/The Council who are the representatives of the Indian Consumers, by passing a Resolution to this effect - not the Government of India, from the CWF which is personal of consumers. But the DoCA remained dead silent on this issue. The opinion at the Webinar conference would matter for future stature of the CCPC/CC and the consumers' independent handling of their activities.

Sixth, the consumers activists should demand the amendment to the Constitution for separation of inheriting or claiming the unclaimed property, movable and immovable. Consumers are interested in movable property i.e. the money which has been lying unclaimed and un-refunded in various public and private entities like banks, insurance companies, post office accounts, et al.

I shall feel obliged if you could read the above suggestions for discussion at the Webinar conference. A confirmation of the outcome may please be sent to me.

Thanks once again with best wishes,

Now I invite the views and comments on the amendments of ACPA 1986 from the participants in this discussion. I have not appreciated the intention of this government to topsy turvy whatever good was done by the previous regimes. more
Jul 27

Gopabandhu Mohapatra
The Consumer Protection Act, 2019 will be very useful while dealing with ecommerce. Let us hope there will be no complaints or very less complaints. more
Jul 26 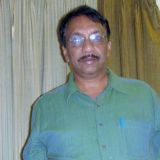 Sharad Kant
E-commerce entity must display the Name (not bar code) of the Country of origin for each product on its website. This will help the consumer to take informed decision whether to buy the product of that country or not. more
Jul 24
View 36 more comment(s)
Post a Comment