A uniform GST rate of 12 % will be levied on woven/non-woven polyethylene bags
GST council cuts tax rates on job work in diamond industry to 1.5% from 5%
In a major boost to gems and jewellery sector, the Council recommended to reduce GST on cut and polished semi-precious items to 0.25 per cent from 3 per cent now
GST Council cuts tax on hotel room tariffs of ₹1,000 to ₹7,500/night to 12%; those above ₹7,500 to 18%
The GST on caffeinated beverages has been hiked to 28% plus additional cess of 12% as against the current rate of 18 per cent.
GST council cuts tax rates for outdoor catering to 5% from 18%
GST Council recommends lower 12% cess on 1,500 cc diesel, 1,200 cc petrol vehicles with capacity to carry up to 13 people
A uniform GST rate of 12% will be levied on woven/non-woven polyethylene bags
Uniform GST rate of 12% to be levied on polypropylene bags and sacks used for packing of goods
the Council has reduced rates for cups and plates made from leaves and hides to nil.
The tax on almond milk has been set at 18%
GST rate hiked on railway wagon, coaches from 5% to 12%
Exemption from GST/IGST is being given on import of specified defence goods not being manufactured indigenously, it's being extended only up to 2024
Supply of goods & services to FIFA & other specified persons also exempted for U17 Women's World Cup in India
GST rate on slide fasteners has been reduced from 18% to 12%,
Marine fuel from 18% to 5%
12% to 5% on wet grinders consisting of stone as a grinder,
5% to nil on dried tamarind.

The GST Council on Friday also cut tax rate on hotel room tariffs, a move aimed at giving a boost to the hospitality sector.

The GST (goods and services tax) rate on hotel rooms with tariffs of up to ₹7,500 per night has been cut to 12%from the existing 18%, officials attending the GST Council meet here said.
Similarly, the tax on room tariff of above ₹7,500 has been slashed to 18% from the existing 28%.
There will be no GST on room tariffs of below ₹1,000 per night. more
Helpful Anti-Profiteering Sep 21
Viewed by 2395
View all 9 comments Below 9 comments

Deenaz Bulsara
Yes, Mr. Pande, you should take this up on a priority. Why should coop housing societies pay tax? They are not doing any business at all. This is a draconian tax and how much will the government benefit? more
Sep 22 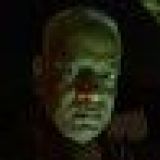 MOHIT PANDE
GST Council has not exempted Cooperative Housing Societies from 18% GST. This is injustice to members of Cooperative Hsg. Society who contribute towards common expenses from their tax paid income. There was no Service Tax so why 18% GST?
Another interesting point to note is that 18% GST is charged to members whose monthly contribution is Rs.7501 and more. Whereas members of Cooperative Housing Society whose annual turn over is up to Rs. 20 Lakhs do not have to pay 18% GST even if their monthly contribution is Rs.7501 or more.
What this means is that rich people staying in Bungalows or apartments do not pay 18% GST even if their monthly expenses on maintenance & services is Rs.7501 and above. Only middle class citizens are subjected to 18% GST.
All requests to PM & FM to exempt Cooperative Housing Societies from this unjustified and draconian 18% GST have fallen on deaf ears. more
Sep 21 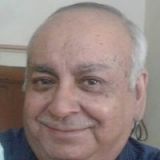 J.M. Manchanda
Singapore manages with a single 7% GST and even offers nil tax on airports
and to tourists. One wonders why India must have differential rates and
tinker with them so frequently.
'One nation, One tax' has been forgotten down the line and compliance is
suffering!

Varun Kaura
Sir, its just like comparing apple to oranges. We all know how many people in india pay taxes actually. Most of the business man pay nothing. more
Sep 21 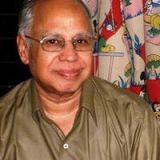 Sudhir Joshi
This kind of tinkering here and there would amount to nothing as the benefit of such changes are NOT passed on to the consumers. Hotelswill increase the tariff to pocket the GST benefit and so on. The critical issue of bringing all products under GST ,especially fuels like petrol and Diesel and petrolium products has bannished from the radar for good. more
Sep 21
View 9 more comment(s)
Post a Comment