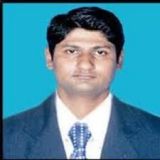 Managing Natural Resources for the Benefit of the Indian Citizens

Managing Natural Available Resources to fulfill the needs of Indian Citizens
Good Evening!!!!
I am hereby outlining the concept to manage the available natural resources or the resources from the natural sources for the benefit of the Indian Citizens. India has been almost hit many times from the conditions such as floods, droughts and most important power cutdowns. To solve this issue permanently and to manage the scarcity of resources some suggestions are given as follows:
Water Scarcity , Droughts and Floods:
To solve this issue I hereby put forth the most ambitious scheme the “Ganga Canal Scheme” which will be effective and will be helpful to resolve most of the issues. The flowing river bed should be canalized into various states and huge dams should be constructed as big as city harvesting the jungle areas and near by no mans lands. The Dams should be on high altitudes inorder that they can supply water to the lower states and cities without any use of energy or just by pressure of draining the water from them.
Similarly in the flood hit areas there should canalization from the nearby big rivers and should be preferably constructed at the high altitudes. The waters should be reaching from Northern provinces to the central India . At central Central India water dams atleast 5-6 dams should be constructed from canalization so as to make water reach from central province to southern province (This is just a concept I haven’t figured the reality of geology).
The canals should be preferably underground or over the grounds, However over ground canals have the risk of flooding so sufficient number of over and underground canalization shall solve the issue of flooding draining water to the dams constructed in the central province. Since the load of floods is more and canals will be of sufficient lengths they will be irrigating all the regions through which they pass by.
Dams shall be generating the hydraulic energy and shall solve the energy problem.
The government may impose heavy fines and heavy taxes for the Housing Societys not implementing Rain water harvesting systems and solar systems sufficient to avoid the scarcity in Summer season.
Electricity:
The government should take up all the solar system plants in huge acres of lands . Trial projects should be run in states and then full fledge Solar power energy plants should be set up or should be outsourced to the NGOs and then as a Government Undertaking should be run successfully by the Government. Solar energy is most reliable and comparatively cheap as compared with any other energy resources. Last but not the least government may lookup for the generation of thermal energy by combusting the plastic wastes generated so far. This is the realistic condition because some metro cities produce huge amount of waste which is quite difficult to recycle. The plastic waste and other easily combustible wastes should be safely combusted to produce electricity. Plastic may even be employed for building the roads and other building construction materials. The Solar plants should be of atleast 10-15 Km areas to produce energy for the Metros and Sub Metros.
Jai Hind
Jai Maharashtra more
Helpful Transforming India Jun 07
Viewed by 3010
View all 23 comments Below 23 comments

H.P. Gurg
If we have sincere and constructive Govts things can be achieved over a period of time.This will require huge amount of money and sourcing will also require time.I agree doles must stop,instead resources must be improved so that it is a permanent solution.Another thing is we as citizens also have responsibility and each one of us should fulfill them honestly.Like population control is one of the most important thing which the citizens can contribute. more
Jun 23

BHASKARA RAO LANKA
Some of the aspects need focus to bring more attention from public as well as from local governing bodies. Which requires law and enforcement. in India,if any thing left out as open topic it will not get life. Only by law and enforcement it can be successful. Preserving water bodies from contamination, Waste disposal systems, Recycling waste to products and power, Infrastructure facilities supporting environment for green and pollution control. emissions from industries, are the areas of concern.Disciplinary action through law of environment and natural resources.There are water scams, sand scams, chemical disposals still not in control. They think everything is manageable through politics. I have requested home minister to include in budget for building a big underground jail. more
Jun 14

Gopabandhu Mohapatra
The present government is working on all possible avenues, but people should be made aware to keep the rivers clean or alternatively cleanliness program should continue through out the year. more
Jun 10

Parsa Vijay Rajeswar Rao (Engineer )
If we are not careful by giving doles our politicians will make this country another Venezuela. Some stupid Politicians does for electoral gains and the economy gets drained. After some time total country will be begging. The way newly formed AP State is giving every dole without required economic plans the state will be in debts. I am really getting worried about the fringe benefits sanctioned liberally. Kindly take care of the economic condition of the State and Country. more
Jun 08

Jayakumar Daniel (Tour Organizer , With PG Dip. in Yoga, practitioner & helper . )
The thoughts are good for consideration . In major projects we have to keep in mind the environment also . more
Jun 08
View 23 more comment(s)
Post a Comment