loss of urban votes on account of anti people

Sir BJP lost elections due to C of your own FM. The voters would like you to continue doing development of the country but small pin pricks affecting nearly 40% of urban voters through the following regressive measures implemented by FM has resulted in elections. Request you to kindly intervene to remove the following, which is causing avoidable harassment to citizens.
1. Please remove 18%GST on members contribution towards common expenses in a cooperative housing society. There was no service tax so why 18%GST? The cooperative housing society is not a business entity and is managed by members themselves on voluntary basis for the convenience of members.
Though contribution up to Rs. 7500 is exempt but due to annual turnover limit of Rs.20 lakhs the society is forced to register under GST. This requires not only extra expense but paper work for filing of Returns which is causing avoidable harassment to managing committees.
2. Government had started a Senior Citizens Savings Scheme in 2004 (SCSS2004) to provide a regular income stream to retirees from private sector who do not get pension. The interest rate was 9% and interest income was taxable. Maximum amount which could be invested by an individual was Rs.15 lakhs. The interest rate was increased to 9.3% in April 2015 after 11 years.
Your FM under guidance of Babus who did not like your style of working reduced the interest rate to 8.3% with a provision to revise it every quarter. This regressive step has caused tremendous hardship to retirees as there Income was reduced as soon as BJP came to power. On the other hand pensions of government retirees was increased to take care of inflation.
This has turned a very large number of retirees against BJP.
Kindly arrange to restore the interest rate to 9.3% and consider increasing it to 10% to reduce the suffering of Senior Citizens in their sunset years. more
Helpful All GST Queries Answered Dec 13
Viewed by 569
View all 18 comments Below 18 comments

Narayanan TS
I certainly agree. There should not be any GST on maintenance paid by members of a housing society. All the expenses of the association are GST inclusive and further taxing the members amounts to double taxation. more
Dec 19

H.P. Gurg
Point number 2 is real valid point as Govt Babus will get fat pension post retirement and hence will not bother.Another point interest exemption of Rs 50000/- should include all type of interest irrespective of sources.Since Babus come under pension catagory,they will not understand the plight of senior citizens.Practically a person has to remain retired for approximately 30-40 years and during this period non pensioners have to survive on interest income which is reducing every year and over and above 10% annual inflation is really killing Senior Citizens.Added to this is increasing Medical expenses. more
Dec 17 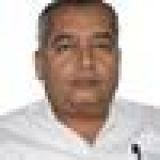 MADHUKAR SHETH
Modi neglected city middle class & city businessman, hence lost.
Modi encouraged farmers so much that food became very costly. Just to pamper Sugar farmers, city middle class buy sugar @ 40/kg, while international price is 19/kg. Same with Wheat. How long will you pamper farmers at the cost of city middle class.
Modi made anti city laws like opening of income tax returns 10 yrs old, instead of 6 yrs.
He made a rule to reward Income tax officers AO & CIT-A, if they demand more taxes from asessee. This is unfair as we look at AO & CIT-A as semi/quasi judicial officer. How can a judge be rewarded for harassing assessee ? more
Dec 15
View 18 more comment(s)
Post a Comment