let us talk about the pitfallsof Act,

At the foremost once a consumer complaint(cc) is admitted no more IA, MA with respect to that cc to be admitted in between still that cc is disposed off, at present parties delay the disposal of cc by filing IA, MA etc like in a civil case, thus the purpose of Act is defeated as the consumer does not get justice on time, years are taken to dispose off the cc. Now Honorable SC has stated that version by opponent must be filed with in 45 days , on similar LINES ONCE version is filed BY THE OPPONENTS case to be heard every day ON DAY TO DAY BASIS LIKE IN A COURT MARTIAL leading to its disposal with in few days, maximum another 45 days , not more than that , thus the cc to be disposed off with in three months working days of Dist forum, state/ national commission commission.
Increase the monetary limit, that is instead of Rs 20 lakh make to Rs 5 cores upto Dist forum, more than 5 croes to 15 croews upto state commission and more than 15 cores to national commission bcz even a falt at Mumbai may cost more than cores thsu consumer has to go to now to filoe case at National commission New delhi.
Case can be filed where as ever the complainant lives, now case has to be filed at aplace based on the locality of the defender , for example if a consumer located at Pune purchased an item on line through Flipcart/ Amazon and if he has a case to be filed , it has to be done at the location where corporate HQ of flipcart is located may be with in Delhi area. The consumers must have the option to file the case as per his convenience as he is the sufferer who needs justice from delinquent opponents, another example, a consumer located at Nagpur books flat at Mumbai or Delhi with local builder and later if he has a complaint against them , then he cannot file at Nagpur Dist Forum but has to file where builder is located and transfer of case is generally done by National commission that also based on TA, which itself may take considerable time for disposal. Thus Act on today is heavily against the consumers, consumers hardly get justice on time more
Helpful Connected Consumers Jun 29
Viewed by 374
View all 17 comments Below 17 comments

UDAY GB
"political interference " is already evidence to the level of SC & selections of the Judges. News of STAY of MP High Court Judges and matter thereof by SC is an additional Example. more
Jul 13

Gopabandhu Mohapatra
Getting justice by a common man is very difficult. more
Jul 02

Sumati Joshi
There appears to be some mistake in your mail address Mr. Murthy. I am unable to send mail as it is not recognized. more
Jul 01 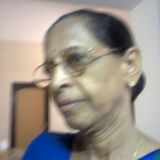 Chandra Sundaram (lawyaer)
CPA meant for consumers is not effectively implemented due to ever so many reasons. The Giant sellers always manipulate and go without punishment. Ther should be no political interference with judiciary , only then fair judgement can be expected more
Jul 01

Harish Arora
I my opinion the case should be filed where as ever the complainant lives. Now case has to be filed at a place based on the locality of the defender. Complainant is the sufferer so he should not be discouraged and put into inconvenience. more
Jun 30
View 17 more comment(s)
Post a Comment