With this post, we would like to seek inputs on all issues faced by you in the last 6 months. Kindly share with as much detail as possible.

We will then have a separate discussion on solutions and take up the common grievances and solutions with the appropriate stakeholders.

R V K BABU
We have no option to recharge only talk time without internet.
Govt must support BSNL to get 4G and other facilities to make equal to private operators. more
Sep 18

PARTHASARATHY NARASIMHAN
Placed_Complaint_with_Airtel.pdf
Harassment from Airtel group.
-----------------------------------
I have Airtel (9900540419) as my service provider since long years with post paid service. Since May 2019 cycle, I have had serious call drop and internet not working issue. This is with area code Bangalore – 560078. I had spoken with Airtel customer service officer and also written mails to get the service rectified. They have again and again written back and also promised over telephone that the team is working on issue and will be corrected. I had paid my May19 bill even after facing serious issue of call drop, no internet. I pay a premium rate of INR 800+ where now a days get connection at INR 100+. As a long standing customer I had payed my May19 bill in good faith. Please note all these years I have never missed my bill payment.
From June19 when the Airtel did not keep up the promise I told them I am not paying the bill and asked them to allow me to port the number to different service provider as it was hurting my day to day business. Here in my area both Jio and Vodafone has been working fine. All my day to day business I had survived using my wife phone thinking that Airtel would fix the issues.
While they have not fixed the issue did not allow me to port the number and continued to send bills asking me to pay. Which is kind of cheating and also harassment to a customer.
Note: If they were not capable enough to fix the issue they could have told me to switch to a different service provider instead of hurting my day to day business communication.
1) As they knew that there is issue and the service would be disrupted for long should have communicated to customer to find different service provider.
2) Once they are unable to rectify the problem and no service they shouldn’t be asking money for the period.
3) As it was main number for the family Airtel should have been sensitive in allowing the number to be ported to different service provider instead of troubling us.
4) Now daily get harassment calls from Airtel team on bill payment and every month they are just adding the month on month bill without allowing me to port and nor they have disconnected as mentioned by them. They are trying to extort money from customer by keeping the number under their control.
5) Even after 3 months of follow-up not getting any help from the senior officials of Airtel for porting.
I want my number to be ported out immediately as the entire problem lies with Airtel.

Also, I had raised this grievance with consumerhelpline and the grievance numbers are 1417048, 1411522 and 1453030. I have not received any solution other than update form Airtel which is not helping and continue to trouble my family as this is the main mobile number. more
Jul 27

Deenaz Bulsara
In the past, we could recharge our mobiles and keep using them until our recharge was over or nearly over. Now, we are compelled to recharge every 28 days or our services will be terminated. It seems the government of India has laid down this rule. This is just another way of making money. more
Jul 20 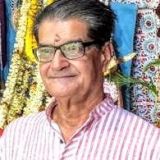 Ashutosh Chakraverty
I am a BSNL Kolkata customer for last 20 years. While I must admit that service of this national tele co is improved and the respond to complaint is not bad. But for 6/8 months the service has nose dived to such an extent that my BB service is very intermittent and hardly available for even about a week continuously. In mobile service they don't provide 4G yet while others are moving to 5G.
Like other national profit making organisations the BSNL is also fading out. more
Jul 15

Ranjit Biswas
Most of the service providers are asking for payment of a fixed amount every month for continuity of their services even for the life time prepaid connections. Many of them have discontinued their concessional teriffs after capturing a certain percentage of the market share. Subscribers' life has been made hell by the tele-marketeers by making frequent calls and sending messages on continued basis, which has been made possible by the service providers by passing on the phone numbers of their subscribers without caring for their privacy against hefty payments. The issues need to be addressed on urgent basis. more
Jul 14
View 155 more comment(s)
Post a Comment