I have a suggestion to the govt/ministry....
We all know that the alternative practices of medicine have their strong points and weaknesses.
I work in a multispeciality hospital with a wing for alternative medicine.Due to a good interaction with the doctors of alternative medicine,we know where they can help us out and refer patients to them accordingly.Either because of lack of complete knowledge in the respective alternative therapies or the tendency of some of their physicians to keep the knowledge to themselves, rather than teaching it to their students, the results of these therapies overall have not been good, due to which they are not popular in the world.Instead of having separate BAMS/BHMS/BUMS courses and courses for acupuncture/acupressure....why not have these as diploma courses post MBBS.Just as people specialise in paediatrics or orthopaedics post MBBS,they would specialise in ayurved/homeopathy.This way these departments would be an integral part of all medical college hospitals and the students during their study period and internship would learn which patients to be best referred to these specialities, just as they know whom to refer to neurology or cardiology.Also Yoga departments would run in parallel and complementary to physiotherapy department under public health and preventive medicine sections.
A lot of unnecessary energy is being spent in promoting AYUSH as a separate entity competing with allopathy.Integrating it with allopathy would standardise things and increase acceptability.this would also promote randomised control trials and case reports of these specialities being published in standard journals with high impact factors and promote these specialities on the basis of evidence based medicine.If Nuclear Medicine and Radiation Oncology can be branches of allopathic medicine where in radioactivity is used for diagnosis and therapeutics , why not these branches,afterall anatomy , physiology, pathology and microbiology, the basic sciences remain the same.If Swami Dayanand Saraswati could teach the vedas in English, why cant alternative medicines be taught as part of allopathy? more
Helpful AYUSH - Ayurveda, Yoga, Homeopathy and More Jul 14
Viewed by 14

Shefali Gokhale (Dr.nuclear medicine physician)
or may be ,govt has been contemplating a rural medicine course, so why not have something which will involve study of AYUSH specialities with the basic allopathy knowledge more
Jul 16 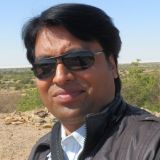 Prof .Dr Santosh Pandey (Acupuncturist,Naturopathy,Yoga therapist,Reiki Master)
I understand your concern , we are also facing many difficulties in our system as many we are just 25 years old, and lots of quackery is also going on which is creating the real trouble.central AYUSH registration, Central body is yet to come and lots of work is going on for this. People practicing AYUSH have to come to one platform and work for the betterment of the patient.But those days are still far away more
Jul 14

Shefali Gokhale (Dr.nuclear medicine physician)
With due respectto your specialisation,that is what i am trying to say,instead of running separate courses, integrate it in to the main stream, there will be a wider use of the knowledge, if not diploma, it can become a masters course... and regarding physiotherapy, there is a masters course in physical rahabilitation and therapy in the US for doctors.NIN exists in Pune for pretty long, the footfalls when compared to sassoon /KEM/YCM are marginally low at NIN.My idea was not to demean AYUSH specialities but make the knowledge in places where it is useful available to a larger no. of people.Anyways... people practicing AYUSH may not agree more
Jul 14

Prof .Dr Santosh Pandey (Acupuncturist,Naturopathy,Yoga therapist,Reiki Master)
i think you must be aware that Alternative system or Naturopathic system also has got the recognized course which is run under AYUSH DEPt, it cannot be run as diploma as Naturopathy, Yoga therapy, Acupuncture , REflexology,Physiotherapy is complete medical system and is integrated in one course of BNYS. BNYS stand for Bachelor of naturopathy and yogic sciences which is recognized by CCRYN and dept of AYUSH. If you want to know more about it you can contact BNYS degree colleges. The First college came in to existence in 1989 , today we have more than 18 colleges which are running this course and are giving this degree by medical universities. Lot of research is carried out by Different institutions under guidance of BNYS doctors. After reading the above article i feel you are not aware of this course. I would suggest you to go through the site of NIN pune, ccryn for more details. And for your kind information BNYS is five and half years medical degree program and this is the only recognized degree for naturopathy, yoga in India. more
Jul 14
Post a Comment