It is now more than 3 months since the first lockdown was announced throughout the country. Economic activity has come down drastically during these 3 months. Though some activity has started in the last month, no one is able to achieve the full schedule.

With weak activity, people have started losing jobs. The crunch has started hitting people hard. May be, the Government employees, both Central and State have been getting their salaries and are probably safe, but the worst affected are the workmen in Private Industries and Institutions ( schools, colleges, temples etc), small businessmen, self-employed, small & medium traders, commission agents, casual workers and many of such wage earners.

Government has taken care of some Industries with the credit scheme. But what is the plan for the individuals categories as mentioned above? Are they meant to suffer?. How to reach money to the needy?. How can they be protected and ensured that they have enough atleast for basic necessities?. India could be worst affected in this sphere. Advanced countries have a system of unemployment dole and insurance facilities. Poor African countries don't care because welfare facilities are not so developed in those countries. South Asian countries have been able to contain the Pandemic spread due to their strict discipline and less density of population, and they have been able to revive their economic activity. So, in the world, different countries are affected differently.

Even in these worst times, Electricity charges, mobile bills, broadband charges, Cable & TV subscriptions, rentals, cost of home consumption have not reduced. In fact, there may have been an increase!!. Basically the outgo is static. Only rations have been announced and obtained free which benefits Below Poverty Families. For Middle income groups, making up a large majority, this is a paltry consolation.

Such hardships can lead to social unrest. God knows how long this Pandemic is going to last!. I foresee very tough times ahead. Is sharing of income possible from rich to the needy?. Or somebody can come up with some bright idea as to how the wealth can be shared? Atleast for the time being, till we are able to see the back of this Pandemic. Very frankly, Government has to do more. more
Helpful Unite to fight Coronavirus Jul 15
Viewed by 311
View all 7 comments Below 7 comments

Satya Pal Ratti
A commendable appeal to those who "have" to also think to help out the "have-nots" during this unfortunate pandemic-phase !! more
Jul 20

RAJARSHI DAS
Do we need to learn from the US system of dole money ?

However that's going to increase the tax rates and further burden the middle class..

The lower class aka the vote bank know their vote power, and hence do get to get the benefits of govt largesse, financed by other 2 classes.

Govts need to understand that the middle class should be supported properly, at least the retired people, else the coffers for the lower class (and maybe for most of the upper class) would dry up. more
Jul 18

Santhosh Hegde (Consulting Engineer)
Sr Citizen Middle class retired after contributing to Tax Kitty for over 35/40 yrs during active employment, are now left with tremendous financial stress due to erosion of interest income from their life savings. Those institutions who havent extended EPS Pension benefits or even EPS95 pensioners are left off with meager monthly pension. What they have to do except stay inside home without any physical or mental help around in this pandemic situation. more
Jul 16

MUKESH LODAYA
Senior Citizens should be given immediate help ,at leaset Rs.2000 /- per month into their accounts de[pendong upto Seniority and as per IT Returns.
they are not allowed to move out & hence no one is ready to employ them .
Hence they are in a Dilema. May be some Bright Idea as Gandhiji"s Charkha may work
... Online Simple Jobs , Out sourcing ; or Data Sorting some such work "? May be.as no one is ready to employ them .
Tax Slab category in which they fall more
Jul 18 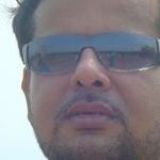 Akil Godhrawala
The middle/upper middle class people run the economy of this country and are now ignored. The companies or organisations who have reaped profits and amassed wealth, have now given excuse that since their income is stopped, they cannot pay their employees. This puts all the so called white collared employees in the category of "Daily wagers" as per the employers perspective in this situation. We will be payed only for the period we work and the employer gets profits.

Forget a social unrest on this issue, we the middle class will always be at the mercy of our rich employers and the inefficient politicians whom we vote to power.

The whole country and the economy is in a bad shape due to the narrow minded approach by responsible people in our society. more
Jul 16 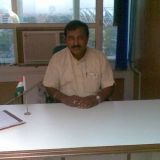 Suresh Jagwani
No scheme or thought is for middle class as voters are less. If middle class become poor class than automatically will have benefits of below powerty line in due course.
I has a serious idea. Let govts give guarantee on the contribution of upper middle class(tax free bonds) along with little higher rate of interest for fixed periods of 6months to 2 years in steps. Govt will get support to be used in medical and other aids. Little higher outgo of govts would be adjusted later in the form of additional taxes. Some schemes for lower middle can be floated in states. Govt will have power to return money in between if the situation eases. more
Jul 16
View 7 more comment(s)
Post a Comment