How about some bills/ordinances for the common human?

Both the center and state govt. are clearing bills, progmulating ordinances, changing laws - mainly to benefit business. How about some for the benefit of common human - aadhar based online verification for driving licenses (already mooted in parliament), same for passport and other such services so that there is no need for the common human, who wishes to do these transactions online, to visit these centers for new/renewals.
And abolish the medical certificate need for license renewals for those above fifty. This only serves in filling the pockets if the govt. doctors without any value add. more
Helpful Connected Consumers Oct 02
Viewed by 729
View all 14 comments Below 14 comments

Kewal Bhatnagar
I agree. Such a decision will be greatly beneficial to senior citizens. more
Oct 10

Satya Pal Ratti
Allow me to say a word on the subject of "abolishing eye test for those above 50". Folks, eyes are the most important part of the human body during driving. And this fact becomes more significant with age. Especially the "eye-test" must never be forsaken.

Abolished, in my opinion, should be the "corrupt" system of a tout getting for you the medical certificate without your having seen the doctor. Doctors should "earn" their fee, they MUST test the eyes.

I recall a case in Delhi, some fifteen years ago, of a young driver whom we had engaged temporarily for visitors from abroad. At a light-less crossing, he obviously could not judge distances. He waited, until a car which was at least 150 m away to come as close as 15 m before he started to cross the road. Naturally, there was a collision.

Later on, we found out that he wore glasses with lenses of more than 5.6 diopter strength, and also that he never got his eyes checked at the time of getting his driving licence. more
Oct 04 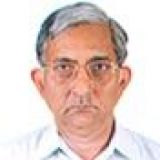 V.S.Murty Maddala
Sir,
Your suggestions are good except the way of presentation as pointed out by Sri Vadakkuppattu Ramanathan. However, suggestion on doing away with medical certificate for issuing `Driving Licenses' after certain age is irrational (human faculties & abilities deteriorate with age) is irrational even if it gives raise to corruption of Govt. doctors. It is for the honest citizen to discourage corruption. I am a 71 year old citizen and have just renewed my driving license online but through authorized agent. It is the agent's fee which is unlawful and online facility must be available for all citizen. more
Oct 04

Gopabandhu Mohapatra
The present government is pro-public and trying to bring legislation to overcome the stigma in the law. Still improvements can be made. more
Oct 02
View 14 more comment(s)
Post a Comment