NEW DELHI: Day temperatures dropped marginally on Thursday but there was hardly any relief for weather-beaten Delhiites as toxins in the air rose alarmingly due to a cloud cover trapping pollutants. The capital's air quality index (AQI) breached the 'severe' level, going from 219 (poor) on Wednesday to 410 in one of the sharpest single-day spikes in recent months.

Fine particle pollution (PM2.5) that AQI measures wasn't the only threat lurking in the capital's air. Over the past week, when torrid weather made headlines, levels of the highly toxic ozone (O3) gas were also very high, often double the safe standard of 50 parts per billion.

While PM2.5 are minute particles that can enter deep inside a person's lungs, exposure to O3 can immediately trigger respiratory distress. It can aggravate lung diseases such as asthma and chronic bronchitis and also inflame the airways, causing permanent lung damage in some people, depending on the exposure.

"Together, ozone and PM2.5 can play havoc with people's health. Those exposed to the pollutants, even for a short duration, can suffer respiratory problems," said Dr Sandeep Salvi, who heads the Chest Research Foundation, Pune. He said asthma and chronic obstructive pulmonary disease (COPD) patients were at high risk.

Rise in O3 levels was a direct result of the searing temperatures in the capital. Experts said O3 would continue to be high till there's rain in the capital. UV levels in Delhi too are way above safe standards.

The AQI, meanwhile, unexpectedly rose to 'severe' levels for the first time since the winter. PM2.5 reading were as high as 250 micrograms per cubic metres, more than four times the safe standard.

"The levels of PM 2.5 were extremely high after 5am because of the storm. Usually the PM10 levels peak after dust storms but this time the levels of fine particles also went up," said Gufran Beig, project director of System of Air Quality Weather Forecasting and Research (SAFAR) under the ministry of earth sciences (MoES). The Central Pollution Control Board's air quality bulletin, which monitors areas that SAFAR doesn't, showed air quality in both Delhi and Faridabad to be in the 'very poor' category, a level lower than 'severe'.

O3 levels have been consistently high for the last seven days around Delhi University (north campus), Dheerpur and Aya Nagar, with a peak of 120 ppb at Dheerpur. The area around Pusa recorded the minimum O3 levels of about 60-70 ppb.

"The temperature in Pusa is also about three to four degrees lower which may have brought down O3 levels. O3 levels go up in the urban heat islands where concrete spaces, vehicular and air conditioner exhausts cause temperatures to rise," an expert said.

"Ozone is created in conditions of high temperature and direct sunlight, accompanied with high levels of oxides of nitrogen (NOx), carbon monoxide (CO) and other volatile organic compounds (VOCs). They peaked this week probably because temperatures were extremely high," added Beig.

High vehicular emissions are a major contributor to O3 pollution in the city "Ozone is a very harmful gas. It not directly emitted from any source. Gases from other sources such as NOx and VOCs act as catalysts when there is strong sunlight and heat. The major source of NOx is vehicles. If the government has to control ozone, it has to immediately take action to bring down vehicular emissions," said Anumita Roychowdhury, head of Centre for Science and Environment (CSE's) clean air programme.

SAFAR along with the Indian Meteorological Department (IMD) recently launched the Ultraviolet (UV) index for Delhi which basically tells people what is their exposure to UV rays on a certain day and whether it is in the no risk, medium risk or high risk categories. SAFAR on Thursday said the UV index for Delhi was 7.2 while the safe range is 1 to 4.

CSE's climate researchers said more heat waves were expected as globally temperatures had risen by an average of 0.8 degrees in the past 100 years. Night-time temperatures were rising too, with Ahmedabad and Delhi recently reporting 39 and 36 degrees Celsius, respectively, at night, they more
Helpful Unite to fight Coronavirus May 29
Viewed by 108

VK AGGARWAL
everyone should request every office in one,s vicinity to use airconditioner to the extent that temperature is not lower then 26 degree centigrade.This is a comfortable temperature for most of people except for some who are more obese or are sufferring from some disease .This will minimise toxin produced from over use of air conditioners as well as lead to less people getting cold more
Jun 09

Umesh Kumar
How does a common person protect him/herself from heat, dust toxin level? In what way govt. may be helpful? more
Jun 07 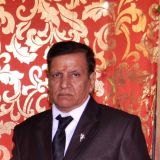 Darshan Lal
Efforts should be made to decongest Delhi from people from neighbouring states living on govt. land & purchase of new vehicles should be discouraged by increasing the vehicle loan interest rates. more
May 29

VK AGGARWAL
Slower a vehicle moves on road ,more time it takes & more time its airconditioner ,engine is on producing all sort of toxins. we all must park our vehicle in such a way that it will not obstruct other vehicles We should not overtake from left to reach early obstructing the vehicle on our right to speed zero.We should not rush into jams as it further aggravate jam rather we should move slowly to wards jams & prevent others from overtaking vehicles ahead of them by moving slowly & keeping ditence from vehicle on our left /right.One should try to occupy more width of the road so that more vehicles are not able to reach the bottle neck.It is true that more the number of vehicles at the bottle neck, slower is the rate of clearence of vehicles,greater is the production of toxins ,greater is the time loss more
May 29
Post a Comment