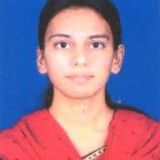 I am so glad that the Government is so actively taking up complaints posting in this circle. Yesterday they fined Nestle 73 crores for profiteering, I believe was reported in this circle and they have even taken my incentive idea. Keep escalating localcircles. posting here is much easier than filling Govt complaint forms.

Taking a copy of the bill from the seller may turn rewarding, with the government planning a lottery scheme for customers to improve compliance. The measure is being explored by the revenue augmentation officers committee to boost collections and it may be put before the Goods and Services Tax (GST) Council during its meeting on December 18.

The Consumer Welfare Fund, where anti-profiteering proceeds are deposited, will be used to reward the lucky winners on monthly and annual bases. The prize money, yet to be fixed, may run into several lakhs of rupees for the annual draw, and about Rs 50,000 for monthly draws.

“The idea is to encourage consumers to ask for a bill, which will push sellers to become GST compliant and pay tax. A lot of beauty parlours and small hotels, for instance, do not give a bill handout. The lottery scheme will have a significant reward amount and this will encourage people to participate,” said a government official.

The lottery scheme will be available for business-to-consumer transactions. Consumers will require to upload sale receipts on a dedicated portal for where winners will be picked.

The Consumer Welfare Fund was created by the central government to allow companies to deposit the profiteered amount in cases where it cannot be returned to consumers.

Recently, Nestlé was ordered by the National Anti-profiteering Authority (NAA) to deposit Rs 90 crore in the fund for not passing on the benefit of rate cuts to end consumers.

The GST Network (GSTN), the National Payments Commission of India (NPCI), and the Central Board of Indirect Taxes and Customs are proposed to be involved in the lottery process. “Involving more agencies will reduce chances of any fraud in picking winners,” said another official.

According to the scheme, a customer was eligible for a prize of five times the taxable value subject to a cap of Rs 50,000, if he/she purchased from a registered dealer. The minimum taxable value of goods was Rs 100 and included eateries. Nearly Rs 5.65 lakh reward amount was distributed among the participants

Because the scheme, the Delhi government found that 224 dealers manipulated their records.

“Similarly, we aim to crackdown on tax evaders using this (lottery) scheme,” said the official.

M S Mani, partner, Deloitte India, said that it is essential to ensure GST compliance across the value chain, especially at the retail level. "Hence, any measure to encourage end-consumer level awareness will lead to significant improvements in compliance behaviour at the preceding supply chain levels as well," he said.

The government is brainstorming innovative ways to plug tax leakages and boost revenues. The revenue has fallen short of compensation requirements of states. The Centre has asked states to recommend ways to improve compliance and collections.

States are yet to receive compensation dues of four months from August onwards, forcing a few states to plan legal action against the Centre. more
Helpful Anti-Profiteering Dec 13
Viewed by 2191
View all 12 comments Below 12 comments

consumers pay high prices for buying the large quantity, almost 50% higher. This cost can not be attributed to packaging and shipping.
I think this might be a good case for the Consumer protection agency and the Media
I will wait for your response.
The quantities are so rigged that the consumer can not make an easy mental calculation at the store.
Thank you
Narayanan more
Feb 07

Ashok Ashok
Being responsible citizens i think we need to ask for the bill so that the tax goes to the govt.Only i hope that the bill is real and not false and fabricated one which does not go into the inspection more
Dec 16

Gopabandhu Mohapatra
Inspite of clear instruction, still there are units, who are not preparing bills and avoiding GST. It will be appropriate to encourage consumers to ask for a bill, which will push sellers to become GST compliant and pay tax more
Dec 15 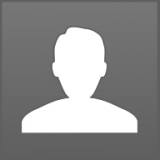