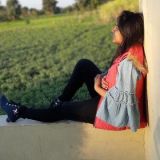 FSSAI you are causing long terms damage to people

As all icecream makers literally used hydrogenated oils all these years you let them do it.
Most fancy (and over-priced) bakeries in India do not use real cream in their desserts. Instead they use a horrible, non-dairy, artificially-flavoured cream substitute. No warning to consumer by FSSAI.

Licenses must have been issued to all. Who the hell cares? They are Indian. Anyways

Everyone read the article below. The Taste with Vir: The Great Cream Scam
Every time you eat an overpriced pastry at a five star hotel you are probably being cheated by an unscrupulous chef who uses cheap synthetic cream that may be bad for your health.
Helpful Safe & Nutritious Food Dec 12
Viewed by 1493
View all 12 comments Below 12 comments

DK Sarkar
An easy test. Ice creams, made from creams of genuine milk of cattle, will start melting when allowed to stand at room temperature (25 deg Celsius) within a short time ( 5 min), other products - called 'Frozen Deserts' will remain stubborn with very little or 'no sign of melting'.BIS specn. IS 2802:1964 obligates a manufacturer to ensure 'milk fat' at 10.0% min. and sucrose (cane sugar) at 15.0% max. inter alia. more
Mar 06

FSSAI intervenes as dispute over definition of ice cream heats up
Representational Image
Kollam: A dispute over the definition of ice cream has risen between two camps of sweet and dessert manufacturers in Kollam district of Kerala. Though the matter was dragged into a court here, the Food Safety and Standards Authority of India (FSSAI) has intervened as it remained unresolved. The central food safety regulator is all set to define an ice cream and explain what all goes into or doesn't go into its making.

The feud was triggered after a group of companies demanded that frozen desserts should also be allowed to be labelled as ice creams. However, the rival group is contending that products which are not made by using dairy fat should not put under the ice cream category.

Ice cream is prepared by using primary ingredients milk or milk solid, sugar, and ice crystals. Dairy fat would be added to these. However, some companies add vegetable fat instead of dairy fat. Their demand is to include desserts that use vegetable oil also in the category of ice cream. However, the companies that make ice cream using dairy fat have objected to this.

Thus, the FSSAI has intervened to resolve the dispute. An expert committee was formed to define the ice cream. Though the committee met, its members have sought more time to take a final decision.

As per the norms, the frozen sweets should have a label, clearly marking the dairy fat, vegetable oil, and protein products.

Anil Sharma
Their is also question of pure dairy cream in India. When milk, curd, butter and ghee are all adulterated. How does one expect to believe that the dairy cream is pure unless it has been prepared from milk procured in own presence directly from a cattle shed. more
Dec 16

Ranjit Biswas
I think we are over dependent over the government agencies and rules and laws rather than taking care of our health ourselves. Since it is well known fact that ours is the country where all kind of misdeeds, adulteration of food items and antisocial & anti-people activities could be perpetrated without strife, we must take care of ourselves. Have control on yourselves and keep away from such adulterated foods. more
Dec 15

Tapas Chatterjee
FSSAI might be a corrupt body as it is impossible to check each & every food item in authentic fashion as per international standards.....their domain is only packaged food?