deceitful claims by mnc insurance firms.
WHILE SELLING THE POLICIES THE AGENTS LURE THE GULLIBLE CUSTOMERS BY PROMISING HIGH RETURNS AND BETTER CUSTOMER SERVICE. BUT IF WE HAVE TO SURRENDER POLICIES AFTER 3 YEAR PAYMENT OF PREMIUMS MNCs SAY THAT WE WILL GET ONLY 30% OF PREMIUMS PAID EXCLUDING THRE FIRST PREMIUM. I HAVE BEEN DUPED BY TATA-AIA AND KOTAKMAHINDRA AFTER INVESTING MORE THAN 2 LAKHS. NOW THEY SAY I WILL GET ONLY 50,000 IF I SURRENDER AFTER 5 YEARS.HOW IRDA HAS APPROVED SUCH DUBIOUS POLICIES. EVEN IF I HAD INVESTED IN FIXED DEPOSITS I WOULD HAVE GOT MINIMUM 108% OF INVESTMENT MADE .I HAVE COMPLAINED TO IRDA .BUT THEY ARE NOT HELPFUL. more
Helpful Connected Consumers Aug 04
Viewed by 127
View all 18 comments Below 18 comments

VVS Ramakrishna (Senior Citizen)
At the otset, I wish to ask Mr. Datttraya as to what type of proper documents are required for consumer courts to help.

I have experienced with Gurgon Consumer Forum, "Hryn Stte Commission and Nationl commission where these bodies relied on (a) layman's opinion ignoring valid documents and facts, (b) these bodies have found nothing wrong in the insurnce company filinng fake, fabricted, doctored, forged document's photocopy and without even verifying the original of the fake document, ordered in favor of the insurance company and the advisor who happened to be its group company - a bank.

Would Mr. Dattatraya like to state that fke documents are the proper documents as against genuine and valid documents.

Secondly, the legal or otherwise conditions apart from their standard conditions, they pre-print the same in very small print to discourage the consumer who intends to go through the same. Also, these T&C forms are not given for perusal berfore the policy is bought and paid for.

In this regard, even the Hon'ble Supreme Court had in its ruling stated that such pre-printed forms do not necessarily mean that the signing consumer has read and understood and agreed to the same as they are not specifically drawn independently for the consumer.

Thirdly, these insurnce company deplete your invested money under the guise of "FUND MANAGEMENT FEE" which they don't disclose before one makes the invesment and once hoodwinked into committing the investment, the consumer is handicapped and learns that his investment has actually been reduced to adjust the fund management fee and the original invested amount stands reduced.

As one gentleman reflected, even in an ordinary fixed deposit scheme, one earns interest accruals albeit meagre amounts but investment with these insurance companies and banks would actually find the original amounnt eaten away than gaining any profits. more
Aug 05 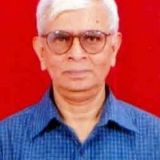 Ganapathiraju V.S. Sarma
Mr Kalyanam Iyer's write up is genuine in many cases. There are many Insurance agents/advisors are not upto the mark in selling the products. The IRDA conducts test for a nominal 16 marks on the subject and needs to increase the eligibility. Secondly the agents/advisors are ill equipped with the subject. The policy details to be dealt in depth for the agents to explain to the prospective customers. This is not being done by many insurance companies. The advisors/agents should have been given regular refreshment on the subject so that they can deal with the customers' and the allegations or misinformation would have been avoided. Insurance products sales is very much low in India and the prospective business is very much and the public should be educated properly. There are well versed and disciplined agents/advisors in this field serving their principals in aquiring good business. You are also having online purchase of policies assist you through their customer support desk will clarify all your querries. The concrete criticism is always welcome for clearing deficiencies if any instead of generalising the subject by distort the subject for the sake of writing problems. more
Aug 05

Ramakrishnan T S
They have an escape route. It is mentioned in the form which we sign that read terms and conditions before signing. But the legal terms they use in that are complicated which an ordinary person will not understand. Also it is written in a very small letters as well. Above all the so called adviser whom we believe also take us for a ride. This isthe present situation on which we live. The authorities should do something to help the ordinary investors. Will they hear us? more
Aug 05

Dattatraya Vaidya (CA, Software Developer, Teaching Vedic Maths to school students - fre)
Buyers should be firm in not paying in cash. Or take a legal receipt for the same. This amount should be mentioned in the agreement. Or pay only by cheque. About the consumer courts, if your documents are proper, it definitely helps, except for the black money paid. more
Aug 04
View 18 more comment(s)
Post a Comment