Elections are getting over

2 Astrologers, 1 from chennai and 1 from gujarat, had accurately read kundli of Modi on TV in 2007 which read as follows

He will remain PM till 2024. After which he will act as guide to next PM (may be Devendra Fadnvis who is being trained or it may be Yogi whose kundli reads he will become PM. Smruti Iranis kundli reads she will become president one day)

After 2026 Modi will return to Himalaya and will never come back to society. At the age of 17 he left home and went for meditation in Himalayas for 2 years. Then his Guru sent him back saying you return to Himalayas after you have finished serving the people of this country. The people need you.

Priyanka Gandhi will quit politics after 2020.

Stephen R N (Local Circles Member as active crusader against evils in society)
If the Astrologers were so good, they would have made a fortune knowing their own future. It is human nature to go after mediums, numbers....in FIFA World Cup...the whole world went crazy believing an Octopus they name Paul who predicted Brazil's win about a decade back. Humans sure are weakest but the destiny and strings are in the hands of our maker. more
May 21

Viswanadha Rao Dosapati (No)
I wish defeat of Maha Ghatbandhan for the sake of country's future. BJP/NDA if come to power shall try to create policies for generation of jobs/work for youth, reduce free money transfers, simplify GST & Income tax returns, control corrupt practicesanks in high places, reduce NPAs of b and improve education & research activities. more
May 18

Rajagopalan Parthasarathy
Hope with the out come after 23rd many of the parties not bothered for the Country would be MUKHT BHARAT. Also, the Country should have competent Head. Hope also Big mouths, chatter boxes are shunted out. WE should have only parties for Our economy welfare. more
May 18 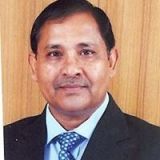 Khazan Singhwan (Development Banker)
I will feel blessed if the forecasts upto 2024 come true. Modi ji is undoubtedly working tirelessly for the bright future of my beloved country and the countrymen. But do we support him in true sense? I wish my countrymen were also faithful to the cause of India alone. more
May 15