A lot of the patients may have maintained a healthy lifestyle and yet, end up succumbing to cancer. It may not be just tobacco; we have tons of other carcinogens, which have unfortunately entered our diet chart.

Some of the reports on food exports from India show we rank among the top in agri-food rejects to USA & EU as per the UNIDO reports. The key reasons for rejects implicated in the reports were – mycotoxins, microbial contamination, veterinary drug residues, heavy metals, unauthorised food additives, product composition and pesticide residues.

Ever wondered if this was the quality for exports, what could be the standards of internal consumption for us Indians? The Maggi trial that India witnessed recently opened the much-needed debate on food safety, exposing just the tip of the iceberg.

Let’s reflect on a few aspects of such safety issues. Why do we stand where we stand today?

“Diet and nutrition are two different aspects of food.” Is the current state of food quality in India a matter of implausible conjecture or a reality yet to dawn in the Indian mindset? Pesticides, preservatives and wasted calories seem to be the trends of the new Indian recipes.

Recently a patient of mine walked into my outpatient clinic for a follow up visit. He brought with him a basket of fresh fruits as a token of his gratitude. While he handed it to me, he exclaimed, “Doc, these are not the regular ones which I keep for sale, these are ones grow for my own consumption.”

The larger question – is our farmer well educated about balancing the quantity of pesticides to be used for safe and optimal yield; or does he believe that more is better! (Dilution and mixing of pesticides in regulated quantity is key.)

A growing concern among consumers is the question – do we have too much pesticides in our food? Are these really harmful? Is there a way to prevent this?

I have heard that often export rejects from various countries look at India as a potential market — be it tyres, automobiles or food products. Thanks to poor consumer awareness and implicit trust of the consumer in the manufacturer to abide by ethical practices. This is further compounded by extremely poor vigilance and enforcement by government agencies.

The Endosulfan Tragedy in Kerala has killed over 4,000 people and many have been affected since the 1970’s. Endosulfan is an internationally banned insecticide that was earlier used in cashew plantations to increase the product yield.

The progeny of many of the survivors still suffer from conditions like macrocephaly, intellectual disabilities and cancer. Despite the ban made by UN, Endosulfan is still being used in India. Recent reports in media highlighted traces of endosulfan found in several vegetables. Personal interactions with farmers confirm their use of these banned pesticides owing to a quick, sustained and stable yield.

Yes, pesticide residues in food are a growing concern. It is, however, vital to consume healthy and nutritious food after washing them thoroughly. Avoiding fruits and vegetables in fear of residue pesticides would be more harmful that the consumption of minimal residues themselves in causing cancer. Organic foods from reported and accredited farms may be the way forward and needs encouragement from the agriculture department. Educational programmes for farmers from NGO’s and departments would pave the way in foundation of food safety in farms.

Traditionally, preservatives were introduced into food products for keeping them safe and edible for long periods. Salt, sugar and vegetable oil are classical examples, which preserve food and provide the body with nutrition when consumed at required amounts (class 1 preservatives).

As technology and research has advanced, we have moved to synthetic preservatives which help store and protect food from spoilage for extremely long periods (class 2 preservatives). While they may protect the food, they’re definitely harming us. Studies suggest that synthetic food preservatives like Sodium benzoate and Sodium nitrite can cause hyper reactivity in children and have been linked to gastric cancer as well. These preservatives are commonly found in cold drinks, processed meat, canned food and most importantly, ready-to-make food products.

Food colourants are another group of chemicals quintessentially placed in the “cancer causing family.” Natural food colourants like pure beet/ pomegranate juice, carrot juice, spinach powder, parsley juice, turmeric powder, blueberry juice and cocoa powder can be used at home and in industries. Their shelf life may be low but they add nutritive value to the food product as well.

Red 40, Blue 1 and Yellow 5 are common synthetic food colourants used in industries even though they have been proven to cause long-term health problems. Indeed the palak gravy you may be having may be onion based gravy with green colourant.

Adulterants range from chalk powder (common in milk), saw dust (found in chilli powder), non-permitted dyes (common in turmeric powder) to coal tar (found in tea powder). Vegetables like green chillies and green peas are coated with malachite green (highly carcinogenic and are used as dyes to study bacteria) to enhance the colour and fruits like apples are coated with wax give them a glossy finish.

Street food is a delicacy for the Indian palate. Microorganisms are responsible for more deaths than cancer every year. Typhoid fever, botulism, amoebiasis, etc. are common food and waterborne infections. An unhygienic condition maintained by street vendors and eateries is a key factor behind the spread of these infections. Vehicular emission, carbon dioxide and air pollutants from the roads are also absorbed by these food items. The basic practice of washing one’s hands before touching any food ingredient is unspoken of. H. Pylori is a growing cause of gastric cancers. Can this be a cause of increasing contamination and adulteration?

As our storage methods are not effective enough, fruits and vegetables cannot be stored for a long time. They are harvested when they are raw and treated with de-greening ripening agents like calcium carbide and ethylene. They make the fruits colourful and appealing to the customer. By consuming these fruits, the consumer has unknowingly reduced his/ her life expectancy.

Looking into the current scenario of food safety makes us wonder – how have we reached here and where are we heading?

Today’s times would be rightly called “instant, unlimited and more” era. Man is in search of instant – coffee, pizza, burger, food and even success instantly. Unlimited food seems to be the most attractive and sought after option to make a dining choice. The more the better is our current attitude. It would not be surprising to witness buy 1 and get 3 free at the current pace and times.

The implicit trust placed by the Indian consumer on manufacturer advertisement and tall claims is appreciable. However, the food industry is rapidly and exponentially growing. We hope to have food that is given instantly, lasts as long as possible and in sufficient quality that satiates the palate. The industry, in an attempt to satisfy the customer, would need to resort to best methods to prolong life, improve revenues and combat competition simultaneously. Would all of these steps be feasible without compromising food safety? Is it not time for the manufacturers to reinstate this trust in the consumer and lay ethical guidelines to protect the consumer?

Food standard and safety act of India is a comprehensive act. The paradox is the regulation and implementation of this act. These bodies have largely remained to provide and regulate license. We have hardly come across brands being suspended owing to poor quality compliance. Would it not be ideal to have monthly checks of 100 random food products, selected from random shops in random areas and scrutinised for food safety? Is it not time for us to amend and strongly enforce Insecticide act of India 1968 to protect our future generations and secure food safety standards? 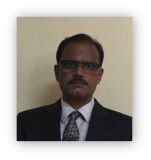 Ravi Subbian S (Heartfulness Trainer)
Thanks for the details post, 1. we should urge central government to make necessary laws to make food safety regulators accountable. 2. like Electricity board, central govt should like the subsidies to performance of the states to make them act. 3. there should be campaign like Clean India to create awareness among people. 4. there should be a mechanism thru which citizens could register complaints for action. more
Feb 09 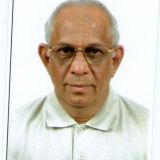 Balasubramanyam Sarmakrishnamurthy
Today every one wants everything like Aladin magic lamp. The patience is gone, main reason for fast food, satchets, instant food etc. I doubt very much if any change is possible. Today i see 3 yr old child spending time with Tab. more
Feb 08 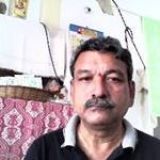 RAMARAJU VENKATA SUDHAKAR (RWA Treasurer)
Westernization of food habits is also one of the reasons for cancer in India. We use red chillies and turmeric in our traditional food which inhibits cancer. It may be true that there are pesticides residues in vegetables and adulteration in food items which we did not check. Awareness in food habits and reverting to traditional food habits will avert disaster. more
Feb 08

K C Rana
As our Health Authorities/Food Regulators are epitome of corruption and inefficiency, this problem will continue. Unless the officials of these departments are made accountable, nothing is going to change. As the population of our country is huge, all rejects are sold/consumed like hot cake. Due to limited resources, the buyers opt for cheaper consumables even if they cost their lives. The Govt. should focus on controlling population which is the mother of many ills our society is facing today. more
Feb 08
View 28 more comment(s)
Post a Comment