While fast tag would be good for the users in terms of not having to take out cash, wait for change etc., the timing and implementation are not what they ought to be.
Timing: December, January is the holiday season. This is the time when people will travel and spend. there will be demand for goods. For those travelling on highways, the mandatory fast tag will definitely be a dampner, given that the NHAI is not ready for the implementation. February/March would have been the ideal time to implement this, since the load on the toll booths would be lower.
The timing is very similar to demonetization (Nov/Dec), the holiday season. And the effect is still showing. Those with black money have fled the country.

Implementation: Instead of making FT mandatory, NHAI should have first resolved the issue with the FT booths at the Toll gates, where non-fast tag users enter the FT lane, take their own sweet time to make payment, no penalty imposed and making the FT users fret and fume, since the cash lanes move much faster. If the toll booths had only one cash lane and the rest FT lane (where non-FT vehicles could not enter), it would have been an indirect mandate (if you want faster movement, use FT). And all State transport buses should have FT. Again the Demon and the GST, where citizens faced the brunt because of extremely poor/unnecessary implementation.

As someone mentioned, the government is shirking its responsibility whether it is FT, Demon, GST or others. It is making law abiding and tax paying citizens suffer. It is like catching the left side of the nose with the right hand going behind the head. more
Helpful Connected Consumers Dec 03
Viewed by 2621
View all 31 comments Below 31 comments 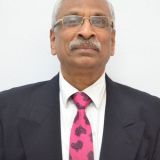 PRADEEP GUPTA
Fast tag is fine but this overbearing forcing attitude is annoying. WHy?????
Why on the earth you have to make nonsensical theatrical cacophony of two times the charge if no fast tag??? Why at all??
I may normally be not using my car for long distance travel and do not want to block my money with NHAI. In an odd situation if I have to travel why i cannot pay in cash?? Make ninecounters for fast tag and one counter for cash. There will be no issue. i shall know the advantage of fast tag. Why this govt. wants every thing by brow beating. they may be having their good intentions but they have under stand the limitations of their work force and that of common people as well. more
Dec 05

Jugalkishore Agrawal
for cash payment, there will be one lane where the normal cnarges will be levied. Double charges only if some one enters into fastag lane without having fastag on his/her vhicle . more
Dec 12

Vadakkuppattu Ramanathan
I totally agree with you Sri Gogate. I have been feeling the same as some members of the Local Circles seem to have very negative mindsets. more
Dec 05

Padmanabhan G
I agree that fast tag is useful. And I not suggesting that government look at a “shubh muhurath” date to implement it. We have seen customers/users being inconvenienced for a long time because of the load factor on IT Systems. The Big shot IT companiees which implemented these projects failed to learn from the failure of these systems. The ultimate sufferer was the user of these systems (people like you and me) and it took them a looong time to rectify the issue after media reports, customer complaints etc.
Examples of this: ATMs running out of cash during Demonetization, the online passport services, GST site, Tatkal railway booking ( this still has load and other new issues), e-commerce sites during holiday seasons, recently the HDFC bank internet banking etc. to name a few. All these had glitches because of the unexpected load planning by the implementor.
As for the Fasttag, are the back end IT systems ready to handle the load of vehicles during the holiday season:
- 4 to 5 lanes in each side of a toll plaza
- time taken to scan the tag and the opening of the gate
- what if a vehicle without a fast tag enters the lane or does not have sufficient balance
- are the people manning the toll plaza equipped to tackle issues like the above? Whom to contact if they are not helpful?
- are cameras in place in all the lanes in each toll plaza?
- what if there is a big line of cars in a lane and the camera does not work?

Some of the above might sound pessimistic, but have at least some of them been taken into consideration by the implementors so that the inconvenience to the users is reduced?
You cannot start with the assumption that all is well and then fix the issues when the user cries foul. more
Dec 05

Sandeep Gupta
Our Government is wise enough to understand its people's welfare, but,there should be a proper strategy before implementing something new to avoid unnecessary harassment of commoners, as,they face all the problems, when any new policy is introduced.
Regards,
Sandeep Gupta. more
Dec 05

Rajiv Gogate
Blaming govt for each and every thing is our popular past time. So let us first implement and remove the hurdles as they come along. more
Dec 04
View 31 more comment(s)
Post a Comment