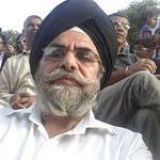 I am sharing my experience with Blue Mount RO company for the benefit of members of this group. I had purchased the RO system in 2016. For maintenance and service of the RO, company has engaged franchises and one of them is M/S Ashish Enterprises. As per my experience, the company is least bothered whether the franchise has experienced personnel for service or not.

2. During 2018, I made a service call to the Company and the call was transferred to M/S Ashish Enterprises. The so called engineer did not have any knowledge. He told me that the water tank needed change which I did not (it is till working fine). I spent about 3000 without any satisfaction.

3. In July this year, I again registered a service call with the company with the same fate. The call was for service and complaint of low pressure. The so called engineer on the visit told me that two candles need change. To my query whether the pressure will improve, his reply was that if it does not, the water tank will have to be changed. Then he told me that one part of the RO was not of Blue Mount to which I replied that the RO has never been touched by any unauthorized employee. He also opined that membrane may also need a change.

4. I told the company that only an experienced person having knowledge of the RO system should be sent to me. My ordeal started here. Then the owner of M/S Ashish Enterprises alongwith his engineer came and declared that only Membrane needed a change. After changing the membrane, he declared that LED of the RO was not working and needed a change. I did not accept this and told the company to send some experienced mechanic. After 5 days and after about 50 calls to the company, finally Mr. Pramod was sent to me.

5. Mr. Pramod, declared that the wiring was not properly connected. He rectified the things and the RO is now functioning properly for the last more than 20 days. On 28th Jyly, 2019, I lodged a complaint with the company that the Membrane also did not needed any change but their franchise had done so because of inexperience of the staff but no response from the company inspite of telephonic reminder.

6. One major defect of the RO is that after every five minutes, it automatically goes on auto flush mode and remains for 10 seconds. When the RO works, 80% of the water is wasted. This means that the RO is wasting water round the clock which criminal in nature. Inspite of repeated requests, no action from the company.

7. National Green Tribunal, in its order in OA no. 134/2015 in the matter of Friends through its General Secretary Vs. Ministry of Water Resources pronounced on 20.5.2019 has held that RO system can be installed only where the TDS is above 500 mg/l. In my house, the untreated TDS is 86 mg/l. The company is bound to inform me of the position which it did not.

8. I am now filing a case in consumer court and another in NGT against Blue Mount.

9. I am sharing this experience with the members who may take a well considered decision in case they want to purchase Blue Mount RO. more
Helpful Connected Consumers Aug 13
Viewed by 2450
View all 25 comments Below 25 comments

Sabyasachi Mohapatra (Sr. manager)
This problem is not only with blue mount , its across . I have kent and i m regretting now why I bought this product . Initial 1 year when its under warranty , its fabulous. Then its a night mare for me to chase with service center. And these guys are so rube even sometimes I am scared to call them. more
Aug 15

Deenaz Bulsara
Why don't you just boil the water for 30 minutes and strain it with a filter that is available for Rs.130/-? No need for RO or any other product. more
Aug 15

Sakthi Dharan (Sakthidharan)
I am sorry my comments may sound anti -business community or India.But it is a fact.We Indians and business chaps have to improve in all fields.Otherwise even a small nations of Asia with ethics in business will out do us.We are so pleased to buy thing in US,UK or Singapore.So much of warranty.Exchanges etc are available. more
Aug 15

Gopabandhu Mohapatra
Yes, RO is wasting water round the clock. Steps to be taken for this colossal mis-representation to the public. more
Aug 14

Anil Sharma
The story is same across all consumer goods (and not limited to Blue Mont). We as customer need to be careful and informed of what product we need (most of time we just buy because everybody else has it) and of which brand.

In this particular case you don't need a RO system if the TDS of the water you are getting is 86 and if the water is of corporation supply. If the water supply is not corporation then you need to get the water quality tested for all contaminants before deciding if RO is required or not.
If it is corporation water supply then you are just losing money on electricity bill (to run the RO machine) and also wasting the precious drinking water. You can just opt for a UV filter to make water free from germs to protect yourself from water borne diseases.

You purchased the RO in 2016 so surely it is out of warranty and you also do not have an AMC (AMC is generally waste of money). You are also not satisfied with the maintenance agency. Since the product is out of warranty you are not bound to stick to the agency recommended by the company. Believe me there are lot of well qualified, experienced and professional technicians who run their own service centers without any affiliations. Being without affiliation saves them the license fees (so they charge less to customers) and are also able to provide service across all brands. Please locate a good service engineer in your vicinity and get the servicing done from him for your future needs. more
Aug 14
View 25 more comment(s)
Post a Comment