Prevalence : indicates how widespread the disease is Incidence: conveys information about the risk of contracting the disease.

Though the Prevalence appears to be far less than 1% , and the incidence of occurrence appears pretty low, when it comes to the family it is big .

Some tips to Manage the problem effectively , if not in the Family at least with the community to reduce the damage .

Very well explained in language and also conscientizing on SUDEP . Pass on to as many as possible , so that the old habit of giving iron and spears being given to the Seizure affected can be dispensed with.

CARDINAL INSTRUCTIONS:
B - Be calm [one will be able to think and plan what best to
do ]
R - Remove dangerous objects [the old practice of handing
over iron , which can injure the affected as he / she
doesn't have control over the movement of the limbs.]
A - Allways time seizures [this will be a future guide to be
prepared by the family members and also avoid certain
appointments at that time.]
I - If person falls turn them on side
N - Never put anything in their mouth [ their voluntary and
certain involuntary system will not be working normally
and that may lead to choking the air passage leading to
death. ]
NON PROFESSIONAL LIKE YOU AND ME MAY NOT BE ABLE TO GIVE TREATMENT TO A PERSON ON THE ROAD SUDDENLY STRUCK BY SEIZURES, AT LEAS PREPARE THE PATIENT TO BE REVIVED POSITIVELY .
The xpansion for SUDEP you will find in the other attachment. more 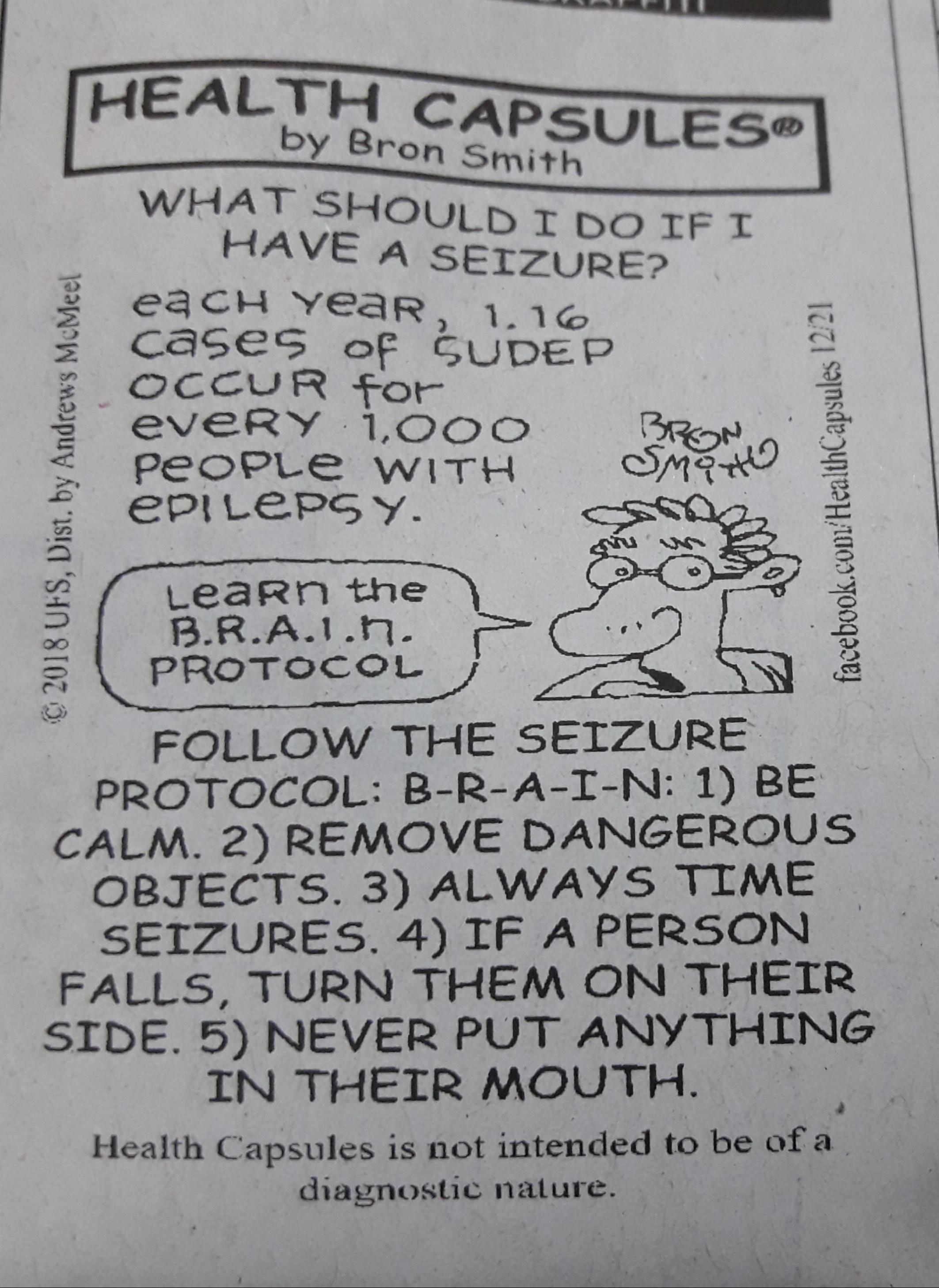 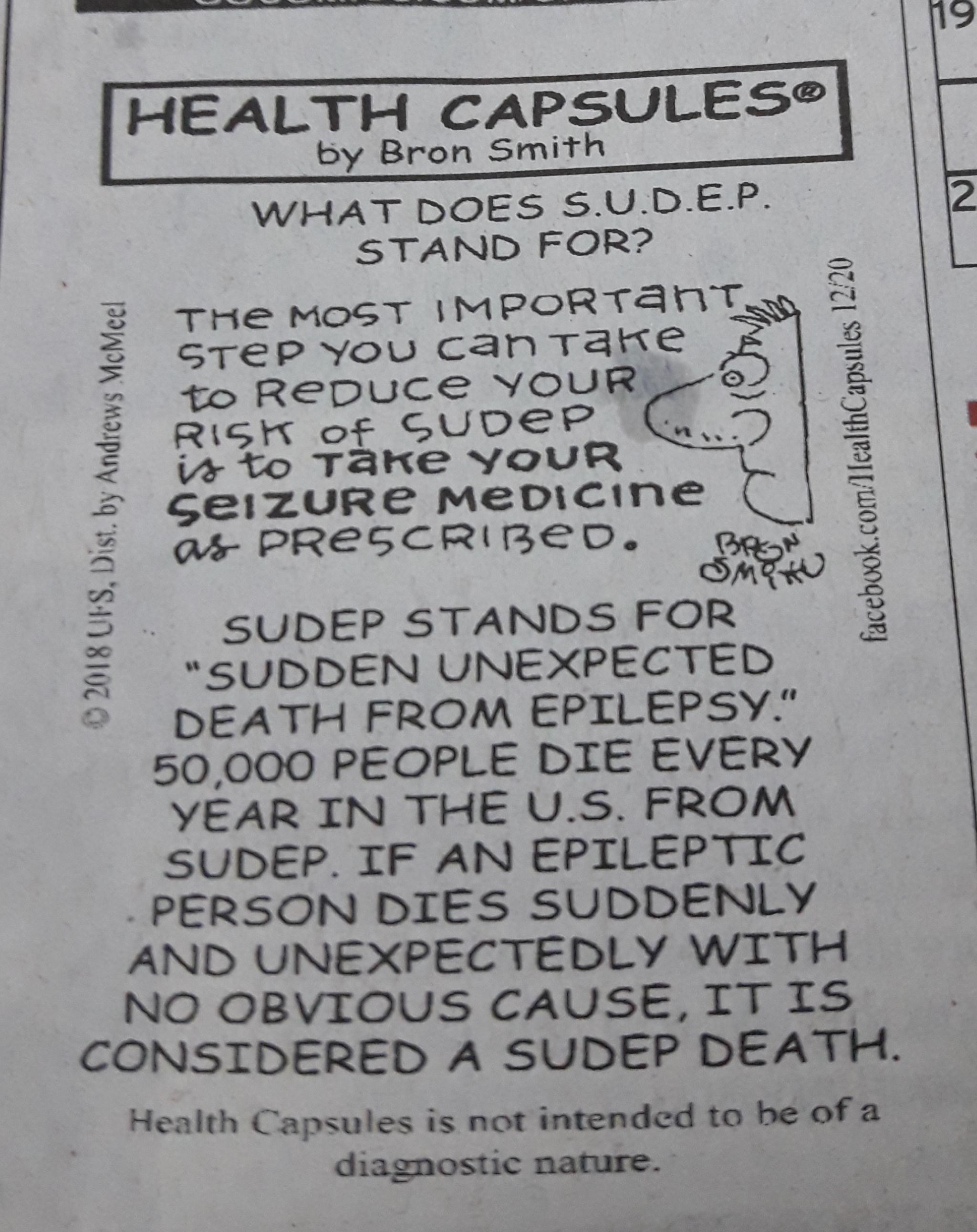 Csn Sarma
My Daughter's Son, effected with Epilepsy by Aug.15 in his 12th year was treated by Utege Prashant Child and Neurocare Hospital. In One year 8 months medicare here, he became alright by God's grace. Epilepsy need following regularly alerted followup.
1. Should not be given with any unsolvable work that takes concentration of Brain. Hard and hazardous work also shall not be allowed.
2. Daily exercise or Playing with co members at least once a day for half an hour.
3. Patient shall be ever guarded under positive and pleasant status of mind and mental happiness.
4. Meditation and soft music keeps mind peacefully and keeps away the mental tensions that are natural in Epilepsy.
5. Though these 4 with medicare appears to be easy, it demands optimum patience and time investment of the person related and interested . more
Dec 23

Ramesh Velusamy (Assistant Professor)
Tamil Nadu Government hospital is having siddha doctors. They can give free medicine for epilepsy. In addition to this One of best siddha Institute is Tambaram National Siddha Institute. more
Dec 23

Dr.Vinod Upadhyay (Herbal Product Expert, Knowledge of around 25,000 plants.)
An old lady in a village near Haridwar was treating Epilepsy. Her family still helping , send your patients for free herbal medicine. Visit www.herbovedfou.org.

Sent from Yahoo Mail on Android<https://go.onelink.me/107872968?pid=InProduct&c=Global_Internal_YGrowth_AndroidEmailSig__AndroidUsers⁡_wl=ym⁡_sub1=Internal⁡_sub2=Global_YGrowth⁡_sub3=EmailSignature>


We thank you for your enquiry for caravan / vanity van /Motorhome

We introduce ourselves as india's renowned designers and manufactures of custom made Caravans ,Vanity Vans and Motorhomes,ranging from 5 lacs to 15 lacs .