Effect of Microwave on the Nutrients

Curious to know the impact of the Microwave on the nutrients in the food. Is using too much Microwave unhealthy? more
Helpful Unite to fight Coronavirus Mar 21
Viewed by 7 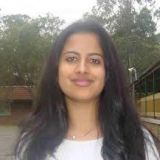 Jarita Kriplani
Anubha, thanks a lot for the good information. I wouldn't have guessed that Microwave is actually better than the stove heating. more
Mar 22

Sneha Goyal
Anubha, thank you so much for that awesome response. Will not feel guilty while using the Microwave anymore. more
Mar 21

Anubha Saraogi (Clinical Dietician)
According to the Harvard Medical School, the effect of nutrition on food by a microwave may actually be lower than standard stove-top heating. I have copied the discussion they have, with some emphasis to particular things added by me to highlight the answer. Understanding how microwaves work can help clarify the answer to this common question. Microwave ovens cook food with waves of oscillating electromagnetic energy that are similar to radio waves but move back and forth at a much faster rate. These quicker waves are remarkably selective, primarily affecting molecules that are electrically asymmetrical — one end positively charged and the other negatively so. Chemists refer to that as a polarity. Water is a polar molecule, so when a microwave oven cooks or heats up food, it does so mainly by energizing — which is to say, heating up — water molecules, and the water energizes its molecular neighbors. In addition to being more selective, microwave-oven energy is also more penetrating than heat that emanates from an oven or stove-top. It immediately reaches molecules about an inch or so below the surface. In contrast, regular cooking heat goes through food rather slowly, moving inward from the outside by process of conduction. Some nutrients do break down when they’re exposed to heat, whether it is from a microwave or a regular oven. Vitamin C is perhaps the clearest example. So, as a general proposition, cooking with a microwave probably does a better job of preserving the nutrient content of foods because the cooking times are shorter. As far as vegetables go, it’s cooking them in water that robs them of some of their nutritional value because the nutrients leach out into the cooking water. For example, boiled broccoli loses glucosinolate, the sulfur-containing compound that may give the vegetable its cancer-fighting properties as well as the taste that many find distinctive and some, disgusting. The nutrient-rich water from boiled vegetables can be salvaged and incorporated into sauces or soups. Is steaming vegetables better? In some respects, yes. For example, steamed broccoli holds on to more glucosinolate than boiled or fried broccoli. But this is nutrition, and nothing in nutrition is simple. Italian researchers published results in 2008 of an experiment comparing three cooking methods — boiling, steaming, and frying — and the effect they had on the nutritional content of broccoli, carrots, and zucchini. Boiling carrots actually increased their carotenoid content, while steaming and frying reduced it. Carotenoids are compounds like lutein, which may be good for the eyes, and beta carotene. One possible explanation is that it takes longer for vegetables to get tender when they’re steamed, so the extra cooking time results in more degradation of some nutrients and longer exposure to oxygen and light. But let’s not get too lost in the details. Vegetables, pretty much any way you prepare them, are good for you, and most of us don’t eat enough of them. And the microwave oven? A marvel of engineering, a miracle of convenience — and sometimes nutritionally advantageous to boot. more
Mar 21
Post a Comment