Education on Uterine Cancer in Women

TYPES
When a woman is diagnosed with uterine cancer, the doctor will usually take a biopsy to classify the tumor. The cancer is classified based on the type of tissue seen in the tumor, in a process known as histopathology. In general, sarcomas of the uterus have a poor outcome and are the most dangerous. The good news is that sarcomas are quite rare compared to the more common and less dangerous cancer of the endometrium.

RISK FACTORS
Women who are obese and have irregular or infrequent menses are more likely to develop cancer of the endometrium.
Certain forms of hormone replacement therapy taken by women after the menopause might increase the chances of developing this type of cancer.

SYMPTOMS
The most common symptom is the presence of bleeding after the menopause. Younger women might have bleeding in between periods or prolonged bleeding during the menses.

DIAGNOSIS
A gynecologist will examine you and ask for a pelvic ultrasound scan. This helps in identifying women who have a chance of having this type of cancer. A biopsy of the lining of the womb (endometrial biopsy) is usually needed to confirm the presence of cancer. This procedure might sometimes need administration of some form of anesthesia.
In some women, a procedure called as hysteroscopy, where a thin telescope is introduced inside the uterus might be useful. This helps in identifying suspicious areas and helps the doctor take a biopsy under direct vision.

TREATMENT
If the woman has a pre-cancerous condition, she might need hormone therapy with progesterone to treat the problem. If a cancerous condition has been confirmed after a biopsy, the treatment is usually by surgery, which involves the removal of the uterus (hysterectomy).
Additional treatments like radiation and chemotherapy would depend on the type of cancer and how extensively the disease has spread.

PROGNOSIS
Cancers which are diagnosed early have an excellent outlook. Such women have a less than 10% chance of disease recurrence over a 5 year period. In certain types of cancers and if the disease is diagnosed at a stage where it has spread to other organs, the prognosis is poorer.
A woman who needs removal of the uterus as part of her treatment can have biological children by surrogacy. Women with pre-cancerous stages of the cancer, can try to get pregnant after completion of their treatment.

PREVENTION
A healthy lifestyle and maintaining one’s body weight will help reduce your chances of suffering from cancer. If you have irregular menses or bleeding after reaching menopause, you should see your gynaecologist for evaluation. more
Helpful Fight Cancer Together Dec 17
Viewed by 319 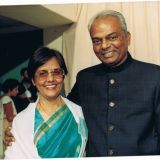 Captainjohann Samuhanand
@ Dr.Kadam, My middle aged neighbours wife had excessive bleeding and naturally went to a Gynocokogist. He thought it was pre menepause and gave some treatment. But bleeding continued and biopsy showed cancer. But within two months she is no more. this lady was going to her Gyano rgularly. I feel the doctors also must be careful about excessive and intermittent bleeding. more
Dec 19 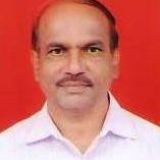 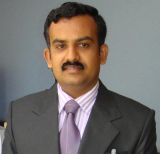 Shrinivas Desai (CT Low Dose Radiation - Engineer)
Dear Dr Radha Kadam, Thank you very much for the very informative education on uterine cancer. As preliminary diagnosis, gynec will recommend pelvic ultrasound scan. whether the USG image quality is upto the mark in providing the expected information? or will there be any challenges. If you could provide me some case studies (USG scan images) We shall work on image quality and aid in better diagnosis of the clinical case. The case will be only for academic research and not for any commercial purpose. Shrinivas D Desai Associate Professor, Dept of ISE, BVB Engineering college HUBLI-31, sd_desai@bvb.edu 9845275066 more
Dec 17