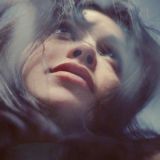 The ruling of the single judge of Karnataka High Court holding that an e-commerce marketplace being an ‘intermediary’ is not liable for any action or inaction on the part of a vendor/seller is interesting. I am very keen to know if Govt has any say in this or they are mere spectators. There should be clarity, who is responsible, sellers, ecommerce platform or both?

Background of the case

Criminal proceedings were initiated against the Directors of e-commerce platform, Snapdeal for selling the pharmaceutical product under the brand name SUHAGRA-100 containing Sildenafil Citrate.

An individual, Mr. Manjunath placed online order of SUHAGRA-100 Tablets and received it on November 20 2014, from Snapdeal. The product was manufactured and sold by M/s Adept Biocare, a proprietary concern of one Mr. Amandeep Chawla. In his complaint, the Drug Controller alleged that Snapdeal exhibited SUHAGRA Tablets for sale and provided a platform to the seller and purchaser. As Snapdeal had no drug license to sell SUHAGRA-100, it amounts to violation under Section 18(c) of the Drugs and Cosmetics Act, 1940 (‘DC Act’), which is punishable under Section 27(b)(ii) of the DC Act.

The online marketplace is not expected to be aware of all the products sold on its website. The e-commerce platform/ intermediary is only required to maintain a robust system to inform sellers on its platform of responsibilities and obligations under applicable laws to discharge its role and obligations as an intermediary.
Snapdeal/intermediary or its directors / officers, would not be liable for any action or inaction on the part of a vendor/seller making use of the intermediary facilities in terms of a website or a marketplace.
The only liability of an intermediary under Section 79(3)(b) of the IT Act is to take down third-party content upon receipt of either a court order or a notice by an appropriate government authority. The Snapdeal has already complied with its obligation by removing the offending item.
Snapdeal exercised ‘due diligence’ under Section 79(2)(c) of the IT Act read in conjunction with Information Technology (Intermediaries Guidelines) Rules, 2011.
Snapdeal or its Directors cannot be made liable for offences punishable under Section 27(b)(ii) of the DC Act since the ingredients of Section 18 (c) of the DC Act were not fulfilled. Snapdeal has neither manufactured, sold, or distributed any drug or cosmetic. The manufacturer and seller of SUHAGRA-100 did all such acts. more
Helpful Connected Consumers Jan 30
Viewed by 758
View all 10 comments Below 10 comments

Rajiv Gogate
If a shopkeeper sells opium (under a brand name) to a customer, can he claim ignorance and justify it by saying that he only provided a platform to the manufaturer and the customer ? more
Jan 31

Jaydeep Pawar
How convenient ! Very smart interpretation by Judges to save SnapDeal ! Should the platform not have it mentioned it in agreement the rules & terms and conditions for use of its marketplace for selling no contraband or iitems n violation of Govt. Regulations binding on the sellers ? more
Jan 31 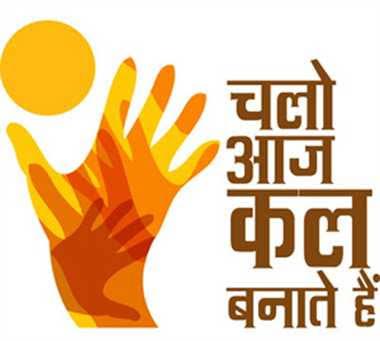 Kekin Furia
one person who hired a goon for a serious crime in that case who will be the criminal in both of them? more
Jan 31

Mangesh Anaokar
Lok at it in this manner & then decide for yourself : There is a large building complex made for a maket place and each shop is rented to different people or organisations for carrying out their selling of some products selected by them. If a shop owner sells the same medicine to a customer walking into the shop, will the owner of the shopping complex is liable of getting sued for not having an appropriate license for selling medicines...? more
Jan 30

Yadwendra Singh
In the case of shopping complex owner, I don't think owner needs to take permission what type of shops can be opened in the complex. But as mentioned in this case market place that is Snapdeal in this case did not had drug license to sell SUHAGRA-100, but they allowed to sell. This is clear case of violating the law more
Jan 31
View 10 more comment(s)
Post a Comment