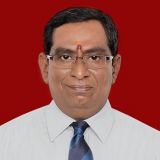 DTH also needs to be made portable like mobile phone, bank loan and Insurance

Recent fiasco even by TATASKY DTH has made me to think of mooting the suggestion that DTH service also needs to be made portable among service providers. I am a TATASKY customer since 2008 (2008 to 2010 SD, 2011 to 2012 Arrogant BIG HD, Sep-2012 till now TATASKY HD) and have used the service in Chennai, Pondicherry, Mysore and now in Bangalore. Till date except for relocations due to my frequent official transfers, I did not have any complaint to call TATASKY for rectification. But since March 2015 it has become pain in the neck. One fine day it was off-air and I had to see in their portal to know that their systems are supposed to be getting upgraded and upon my No-Show SMS, to them though their service came back to life after two days, one of their rep., visited and probably readjusted angle of dish-antenna. when asked he was telling that TATASKY is changing satellite next month. This week for the last 5 days absolutely no reception, since yesterday (04-April) part of channels are coming but picture quality is very poor and highly DISTORTED.

For the benefit of the persons who are reading this let me tell you, please do not use channel reception if it is distorted particularly in LCD/LED televisions. Because these distortions can leave behind clusters of DEAD PIXELS in your display which will be permanent. Shortly you may have to replace the TV.

For the three days TATASKY promises by SMS to credit back three day equivalent money in my account and that a technician would call on me to see through the problem. But it is now more than five days the reception problem is not rectified and no call from technician till date.

Probably they are upgrading their systems to accommodate new 4K telecasts and reception. But the way the up-gradation has been planned, organized and executed is pathetic and inexperienced leaving us to think that they have taken their customers for granted.

If DTH service also would be made portable like that of Mobile phone, Bank Loan and Insurance services, probably services would again start becoming customer-centric . more
Helpful Connected Consumers Apr 05
Viewed by 1313
View all 18 comments Below 18 comments

Alima Hassan
Nice to meet you,
My name is Alma Hassan, I just viewed your profile here in (localcirclesmail), and it interest me to write you for friendship, please if you don't mind, i will like you to write me back at (alimahassan@hotmail. com), so that we can introduce and know each other better, i will show you my pictures, and i also have something about me to share with you if only you can contact me back directly in my personal email address, because am not use to this site. regard from Alma. more
Mar 11

GEDELA KRISHNAMURTY NAIDU (Specialist in Construction Management of Power Plants /tHERMAL/Gas/Solar)
Other companies like Airtel is providing DTH service . Understand few people have suffered due to poor service of TataSky, they can try with Airtel. I am having TataSky DTH service but fortunately I am not facing any problem since 1 year
G.K.Naidu, Hyderabad more
Apr 06

Joseph Thomas
All the DTH services should be made portable and the packages also dispensable for user. more
Apr 06 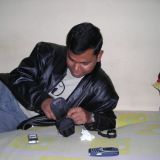