DO NOT GO FOR YOUR MORNING WALKS?

DO NOT GO FOR YOUR MORNING WALKS?

RELATED
Your early morning routine of a walk and workout out doors this winter is likely to endanger your health rather than give you any benefits. What you may believe to be fresh morning air is anything but that. There are fine pollutants hanging in the air that get into your lungs, gradually reducing its capacity.And for those who already have a respiratory condition, any strenuous exercise or exposure outdoors is a clear invitation for trouble. Doctors say they should remain indoors during early morning hours to avoid their condition getting aggravated.

According to traditional wisdom, morning air is the purest. In fact, pollutants such as ground-level ozone (O3) are at their lowest level in the morning and peak only later in the day. Ozone, which is also associated with compromised lung function, may impact people towards afternoon.

But in Delhi, PM 2.5 levels seem to be peaking in the morning, especially between 6 am and 10 am. Scientists attribute this to low temperatures and calm conditions that lower the boundary layer (lowest part of atmosphere), trapping particulate pollution near the surface.The same phenomenon reduces visibility and the city appears to be in a haze.

"We are seeing a trend of high particulate pollution from 7 pm to 7 am, sometimes even till 10 am. This is not just because of high emissions but because as it gets colder, pollutants are trapped. It starts getting better once the sun is out and it's relatively warmer," says Gufran Beig, chief scientist at SAFAR, Indian Institute of Tropical Meteorology (IITM), which monitors air quality at ten air monitoring stations in NCR, including Noida.

Delhi Pollution Control Committee's (DPCC) real-time monitoring at six other stations in Delhi reflects the same trend with PM 2.5 hovering around 150 to 200 micrograms per cubic metre, two to three times the national safe standard of 60. India doesn't maintain a national air quality index (AQI) yet but the ministry of environment and forests has launched an AQI that will be operational in a few months. According to the AQI, PM 2.5 levels ranging from 121 to 250 make the air "very poor" and this "may cause respiratory illness on prolonged exposure. The effect may be more pronounced in people with lung and heart diseases."

Experts at Centre for Science and Environment (CSE) believe that trucks plying inside the city could be causing an increase in PM levels at night. "I think there are two things happening. Trucks are emitting at night which is leaving even early mornings polluted. The second reason is that nights are very cold which brings down the boundary layer. But our analysis too shows three peaks in air pollution levels — late night, early morning and evening. There is a slight dip in the afternoon usually," says Anumita Roy Chowdhury, head of CSE's clean air programme. A DPCC official, who didn't wish to be quoted, said: "The condition is quite bad in Delhi, especially in the mornings. I would suggest people speak to their physicians and follow their advice." In Chinese cities where pollution levels are comparable with Delhi, people working outdoors have started using N 95 masks that reportedly filters almost 90% of fine pollution particles.

Doctors meanwhile are seeing a steep jump in hospital admissions of patients with chronic obstructive pulmonary disorder and acute bronchitis."People who have any respiratory illness should avoid stepping out early mornings for two reasons—it's cold and it's polluted.We always advise them to go out when its sunny. Every year, we see a 20% to 25% increase in complications associated with respiratory disorders during this time," said Dr Arup Basu, senior consultant, chest medicine, Sir Ganga Ram Hospital. more
Helpful AYUSH - Ayurveda, Yoga, Homeopathy and More Nov 29
Viewed by 136
View all 11 comments Below 11 comments 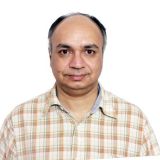 Alok Sheel
Thank you Rajaji. I have shifted my run from later evenings to early evenings after reading your post. I hope that is the optimal time? more
Dec 07

PS Malhotra
Things are bad in Delhi with the excessive pollutants in the air. Lower temperatures make it difficult for the pollutants to rise as the Sun can't generate enough heat.
TAKE CARE DO YOGA & PRANAYAM INDOORS & WALK LATER IN THE DAY.
Sir Raja have you been kind to post such crucial info for our good. more
Dec 01

Raja Chandra
Suresh. Thank you very much for appreciating my post. Best Regards to you. more
Nov 29 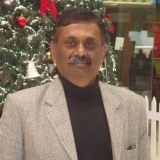