Can members express their views on Billing of Water from DJB, if 20 KL consumption per month free is still applicable . Or it is free with all other charges as service charges+ Volumetric Charge + Sewerage maintenance charges more
Helpful Transforming Delhi Aug 01
Viewed by 3022
View all 12 comments Below 12 comments

Jitendra K. Bhatia
Meter reading is done sometimes more than two months and sometimes less than two months. As many couples are working, the meter reading should be done on Saturday/ Sunday only so that maximum residents are available to provide keys to meter. As technology has advanced, meter reading schedule area wise could be sent by SMS 2 days in advance. In Tamil Nadu, such system is followed for energy consumption recording. more
Aug 21

Vijay Menon
Sir , This is to bring attention that the we are the Residents of Mayur Vihar-Ph-3,Delhi,have been getting the water bill @ Rs.96/- early (30 March 2015) They asking the bill from 2012-13,2013-14,2014-15 how can be possible not only the bill amount is on a higher side but not only that it also contains interest and surcharge. Past one year we are complaining the DDA official, Dy CM, area MLA, MP (after win the seat he will not turn over the area) & Jal Board but no buddy solve the problem. water bills are raised @ Rs.363/- per month per flat (Jantha Flats & SFS Flats are Same Charge) and only The surcharge and interest is added for defaulting residents and it is only increasing month-by-month, creating problem for the residents but not only that Consumers No also not provided to us.

The truth is that the actual usage of water is not sent to the residents as DDA has not any water meters and the bill is sent to the residents on the whims and fancies of DDA. The residents are receiving Exhorbitant bills, which the residents are forced to pay. The biggest surprise is that the DDA authorities do not have any record of the payment made by the residents and they rely on the receipts which are produced by the residents. The residents are forced to pay again if the receipt is lost as DDA does not have any record of the payments made by the residents. This shows the callous and indifferent attitude of the authorities at DDA, which is further aggravated by the corruption prevailing in DDA.
However, it is learnt that the technical department looking after the water supply in Mayur Vihar Phase-III are not aware of anything and are solely dependent upon Pattedar. They even don't know about the pipeline, hack wall Connection Area Map/ Layout and sewer line. It is in this context, we are once again requesting you to look into the matter and instruct the officials to take up the process of handing over of water supply to DJB by DDA without wasting time so as to bring huge relief to the residents more
Aug 13

Satya Pal Ratti
This certainly is a big problem. Things have been handled without any plan and without any vision by the DJB. Problem solving has always been cursory, in kind of patchwork. It has come to notice that in some buildings the water meters are located at places where the meter reader has to go through the apartment. Should one congratulate the architect for making such a plan?

One yet hears about water meters which run even when air passes these. DJB should test and approve the meters which do not have these defects. more
Aug 02 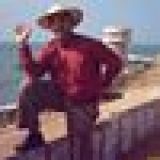 A.k. Sharma
DJB billing system is the worst. A long time back, similar tendencies were prevalent in DESU. No meter reader visits any site. However, billing is done. In most of the bills, meter has been shown as STOP and an average bill is generated without any concessions. Though water consumption is within the ceiling of 20 KL per connection. Bills are generated on a three months basis. DJB should improve their billing system. A monthly bill on actual consumption basis will ease problems of the users. more
Aug 02

Shishir Kant
Dear Members and DJB Management,
DJB is absolute a nuisance when we consider essential services to the citizens of Delhi. We have paid money for regular connection and water was never available through supply line even at ground tank level. We spent additionally to install a pump to suck water from the pipe when we were told that DJB supply will not be possible without a pump. We never got water in normal course unless water meter is put on the discharge side of pump. Very limited quantity was available and we have never seen supply like 650 litres in a day.

Now since 24 April 2018 we have not received a drop of water and no official has ever inspected their distribution system despite of our regula complaints. DJB may like to check the records against New K No.3533229141 activated in December 2015 with the payment of almost Rs.1 lakh and subsequently we had to pay against arbitrary billing resulting a credit of Rs.1750.

In case I become the authority I would have terminated all the top officials of DJB who do not realise their responsibility but all want secured salary and additional income. more
Aug 02
View 12 more comment(s)
Post a Comment