Details on zydus vaccine are below and attached

🔴 ZyCov-D is the world’s first DNA vaccine against infection with SARS-CoV-2. It is a “plasmid DNA” vaccine that uses a genetically engineered, non-replicating version of a type of DNA molecule known as a ‘plasmid’.

🔴 While most of the Covid-19 vaccines available now are given in two doses, with a couple of single-shot ones too, ZyCoV-D will be given in three doses, with an interval of 28 days between the first, second and and third shots. Two doses of the vaccine seem to be enough to prevent people from developing severe symptoms of Covid-19 and to prevent death, while three doses keep even moderate symptoms at bay, according to trial data.

🔴 Unlike other vaccines approved in India till now, ZyCoV-D is to be administered in children above 12 years age, apart from adults. Trials for the vaccine were also conducted among children of ages 12 years and 18 years who constituted at least a thousand of the total number of participants.

🔴 Also, no needle is used while administering the jabs to the beneficiaries. Instead, a spring-powered device delivers the shot as a narrow, precise stream of fluid that penetrates the skin. more
Helpful Unite to fight Coronavirus Aug 21
Viewed by 386

DHEERAJ KOCHHAR
when nurses in hospitals are faking injecting medicine w transparent needle syringes what will they do with new non-invasive springe based syringe ( which are opaque, God Save the Indian Kids from such nurses and doctors more
Aug 21

Jayakumar Daniel (Topur Organizer, Yoga practitioner and helper. )
The studies also claim thateven the existing vaccines (Covisheild and Covaxine)being used in India was found tp prevent severe symtoms, hospitalization and death;Now there is Flu like symtoms with irritation in Nasopharynx and throat without fever and other symtoms of Covid 19.Can it be construed as mild Covid 19 ? more
Aug 21

Jayakumar Daniel (Topur Organizer, Yoga practitioner and helper. )
Thanks for the details culled out from the report for the understanding of non professionals. more
Aug 21 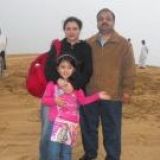