What Causes Dengue? How Does It Manifest?

The Aedes Aegypti mosquitoes. As has been the experience of Delhi, there four main subtypes of the virus that surface periodically. Dengue fever is a disease caused by viruses that are transmitted to people by mosquitoes. Dengue fever usually causes fever (high, about 104 F-105 F), skin rash , and pain (headaches and often severe muscle and joint pains).

It also doesn't help that climate conditions such as barmy weather, right before winter, are propitious for the dengue-harbouring mosquito. Tragically, being infected with one of the subtypes confers immunity, it doesn't protect you from the others.

According to Webmd, the symptoms and signs for dengue begin about three to 15 days after a mosquito bite transfers a virus (dengue virus serotype 1-4) to a person previously unexposed to the viruses. Fever and painful muscle and joint aches can occur during the first few hours of symptoms when headache, chills, rash, and swollen lymph nodes first appear.

Rashes appear on the body and there's pain behind the eyes. The fever can last for a few days, disappear and re-occur. If however symptoms last more than a week it's time for laboratory tests, However abdominal pains, bleeding at any time are all signs of complication and require hospitalization.

How Good Are These Tests?

The gold standard kit for detecting dengue is the NS1 ELISA test is considered reliable for confirmation of dengue infection,” a senior health official told The Hindu. However several hospitals also use a rapid detection test that, according to experts, frequently misdiagnoses those seeking treatment as 'positive.'

What Is The Treatment?

Unless the symptoms of sickness go onto dengue hemorrhagic fever or for dengue shock syndrome, there's nothing other than plenty of fluids and rest. But if the blood platelets dramatically dip, it would appear as dehydration, low blood pressure, bleeding: all medical emergencies that require hospitalization. While it's ok to rely on Paracetmol to reign in the fever at home, several doctors ask to avoid non-steroidal anti-inflammatory medications such as Ibuprofen and aspirin.

Is This Is A Particularly Bad Season?

In Delhi atleast, it's the worst since 2009. According to NDTV, at least 1800 cases of dengue had been recorded and this is the highest since 2009, when 1512 cases were recorded. Worryingly, doctors warn that it will only get worse until temperatures substantially dip within four weeks.

What Preventive Measures Can Be Taken ?

Sanjeev Bhatnagar
I do not agree with Mr. Suresh Tiwari - in reference to development in medical science. The main point has been missed by Mr. Suresh Tiwari. If we follow the basic minimum - we may not die at an early age. MEDICAL SCIENCE IS THERE TO HELP US LIVE LONG. BUT WE HAVE HABIT TO BLAME OTHERS - FOR OUR SHORT COMING. Now we blame Government - whose Government - WE VOTED THEM. Government - MCD! When MCD is not to the mark - why it should not be disbanded? And above all - we the people of Delhi. We want MCD worker should come in our house - to check for mosquito breeding? And Finally job well doe - Blame Medical science has not developed - to day we still die at an early age.
One can not imagine the pain - to see our own son / daughter suffering because of our weakness. EVERY ONE HAS TO ACCEPT THE RESPONSIBILITY - FIRSTLY, WE THE PEOPLE OF DELHI. WE CHOSE THIS KIND OF PEOPLE AGAIN AND AGAIN. more
Sep 16

Suresh Tiwari
Do you think mesical science has even progressed a little bit...previously people used to die becoz of cholera, pox etc now people die becoz of dengue. Swine etc. Expensive tests expensive medicines more deaths. No progress at all. We are befooling ourselves only. more
Sep 16 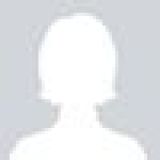 Jayasree VJ
thanks for the information. more
Sep 15 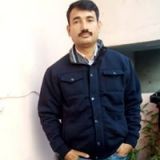 Jitender Sharma
very useful and timely information, but in the given circumstances it is indeed difficult to prevent the breeding of mosquitoes, it is not possible to sanitize all the places. be careful and do not allow the mosquitoes to bite you. more
Sep 15