A possibly mutated and more deadly virus, more than 28,000 infections and 1,600 deaths in a little over 10 weeks! This year's swine flu outbreak sounds like a nightmare from hell.

Should you be afraid? Should you avoid crowds? Do you need to put on protective masks when you step out? Is obsessive hand-scrubbing the only way you can protect yourself in shared public spaces?

No. The numbers are scary all right, more so when you consider that all it takes to kill are symptoms of fever, lethargy, runny nose and a sore throat. But though the situation sounds frightening, the good news is that the current outbreak appears to be waning.

Fewer deaths: Swine flu deaths are falling sharply in March as compared to the last three weeks of February. Swine flu deaths fell by almost 25% to 199 over the past week compared to an average of 270 deaths per week in February. This week, deaths have average roughly 20-25 a day, which indicates better management and containment of infection.

No drug shortage: There's no shortage of oseltamivir, the antiviral that brings down the severity of symptoms and makes the patient less contagious. It also makes people less contagious and prevents them from infecting others. Oseltamivir also protects against other strains of influenza, such as influenza A (H3N2) virus, which accounted for 87.5% influenza A cases in the northern hemisphere. Three pharma companies - Hetero, Natco and Strides Acrolab - produce the drug indigenously.

Deadlier virus? Not likely: The MIT study, published in the March 11 issue of Cell Host & Microbe, used two influenza strains from India deposited into publicly available databases. They did not use the current virus strain and make a case for need of better surveillance. Indian scientists did. Gene-sequencing of the H1N1 virus A/India/6427/2014 done by the India's premier lab, National Institute of Virology in Pune, did not show any mutation. Subsequent antigenic/genetic analysis of the H1N1 virus by US federal government's Centres of Disease Control and the World Health Organisation also did not report drug-resistance or mutation (genetic changes in HA genes) that could make the virus more deadly.

Keeping safe: In October 2011, the pandemic A(H1N1)2009 swine flu virus became a seasonal virus, which would continue to infect along with other flu viruses. All you need to do is protect yourself by staying away from coughing, sniffling people. Swine flu spreads through droplets expelled when an infected person coughs or sneezes or by touching surfaces contaminated by the droplets. You can protect yourself by frequently washing hands with soap, and cleaning surfaces with disinfectant or warm water regularly.

Seek treatment: Next, watch out for symptoms that include high fever, extreme breathlessness, lethargy, pain in the chest, loss of appetite and nausea or vomiting. If your fever stays high and you develop difficulty breathing, get tested and treat at once.

Delhi has emerged as the best-performing state in controlling infection - only eleven of the 3,800 people infected succumbed to the virus, which shows early diagnosis and treatment can save lives. more
Helpful Unite to fight Coronavirus Mar 14
Viewed by 784

Bhagat Singh
Well done madam. Please keep it up. It is a social welfare job and gives extra pleasures to serve the poor. more
Mar 17 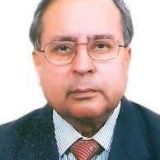 Raghunandan P Sharma
I agreeto the above. Mr.Ram Yadav is correct. more
Mar 15

VINOD SAHNI
RAM YADAV IS CORRECT. THE EXTENSION OF COLD SPELL AND UNSEASONAL RAIN, GAVE THE REQUIRED ENVIRONMENT TO H1NI VIRUS FOR LONGER PERIOD THIS YEAR. NOW AS THE TEMPERATURES ARE RISING, THE VIRUS WILL BECOME INEFFECTIVE SOON. BUT IN THE MEAN TIME DUE CARE NEEDS TO BE TAKEN TO KEEP CLEANLINESS AND IMPROVE BODY IMMUNITY. more
Mar 15

Ram Yadav
In my opinion, Government did nothing to control Swine Flu. The change of season has controlled it. Ram Yadav (Senior Citizen) more
Mar 14

Ajit Datt
Some credit is due to the Delhi State govt & Central govt for functioning effectively, especially the State govt, which did not allow itself to be diverted by the AAP's infighting and continued to do the task entrusted to it. more
Mar 14
Post a Comment