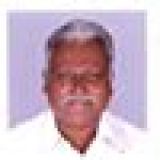 It is a fact that large number approved and not permitted chemicals are used in food products including vegetables and fruits. It is felt that the present system of detecting and taking action against erring persons and firms are very rare or nil Can we start a great movement in this area as all we know the use of chemicals not permitted will affect the health of the people and the impact on the environment is imminent.
Can we ,
1. periodically publish the name of chemicals not permitted for the knowledge of common man
2. Publish periodically the authorized testing center for the knowledge of common man
3. Publish details of use of not permitted chemicals
4. Publish the names of products containing chemicals above the standards for the benefit of consumers. more
Helpful Connected Consumers Jul 28
Viewed by 824
View all 65 comments Below 65 comments 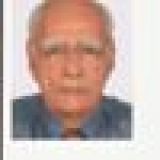 Kamal Banerjee (vice president government pensioner's association west bengal)
I totally agree with the point u hv raised. It's the regular and mandatory practice in US. Why can't be made mandatory in India too? The Indian Governrment should act for public interest. more
Jul 31

H L NAGPAL
It is a good idea but Delhi govt must be kept under pressure. Regards more
Jul 31

M.K SUBRAMANIAN
I fully support the suggestion made by Shri. Vijayabhas. more
Jul 30 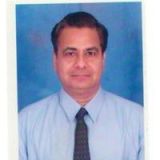 JITENDRA JAYANTILAL DAVE
Dear Sir Namaskar Government should form a food checking committee and they should make sudden check in shops, restaurants, vegetables shops and if they find, immediate action. Then people will have fear to color the food items. more
Jul 30

Ramachandran Venkata Rama Iyer
Calcium Carbide is used by traders in Calcutta, Ahmedabad, Bombay, Hyderabad and Bangalore. In these places I have personally experienced using fruits ripened by using calcium carbide. These fruits look good when you buy but you cannot keep them even for two days, by when the fruits show deterioration.

In Bangalore corruption has been reported even in the office
of LOKAYUKTA, who is meant to check corruption. A huge crowd
of supposed intellectuals, lawyers, etc. have knocked at the door
of the Chief Justice of India, pleading that Yakub Memon should
not be hanged. Do the so called intellectuals and others consider
themselves more superior and more knowledgeable in the case than the Supreme Court judges who have spent several days hearing the case and came to a certain decision? Where were these so called intellectuals when so many bombs exploded in
Bombay and caused extensive damages and deaths in 1993?

All this show to what deplorable condition the Indian society has sunk. In such a society can one expect the municipal inspectors to carry out their job sincerely for which they receive salary out
of the taxes paid by the public? more
Jul 30
View 65 more comment(s)
Post a Comment