Colour it Pink by Shekhar Gupta

Before you read the ‘Writings on The Wall’ in Telangana and its capital Hyderabad, by far the fastest improving metro in India, you check the colour on them. Chief Minister K. Chandrashekar Rao (KCR) and his party TRS have painted the state pink. It is as if only one party has fought this election.

In all my years of watching elections, I have never seen such a dominance of the visual space by one political party. In Gujarat, it was about 20:1 for BJP versus Congress. Telangana, it is like 90:1 for KCR, and we are still hedging. The square I see from my window downtown has seven giant hoardings wrapped around it. All KCR and TRS. All pink, his party colour. There are, I believe, 698 of these in his capital. And if his rivals have a couple, I haven’t seen them yet.

The incumbent isn’t bothering to attack his rivals, neither the Congress-led Prajakutami (People’s Alliance), nor the BJP. It is a rare election campaign where the incumbent is fighting entirely on his past performance.

He doesn’t even flaunt any new promises. He is only painting the walls, black type on pink base, all nicely back-lit at night, with all that he has already done, by way of freebies and welfare. The message to his rivals is, match me if you can.

KCR’s self-confidence would put a rampant Vivian Richards’ imperious stride to the pitch in shade. Are his schemes affordable? Isn’t his deficit going out of whack?

“Bakwas, sub bakwas,” (rubbish, all rubbish), is his short answer. “What deficit?” he asks. “Which is the country with the highest deficit in the world, the US? Then, Japan, and what about China? People know nothing and talk…” Professor KCR delivers his short tutorial on his Econ 101. Tamil Nadu famously gave us our freebie politics, especially Jayalalithaa. KCR has taken it to another level. This election will show if it works.

My readers would know my incorrigible scepticism of freebies. ‘Writings on the Wall’ has taken note of these in the past and celebrated their rejection by the voters. Rajasthan, 2008-13, fattened by the windfall of crude oil royalties from Cairn oilfield in Barmer, became a laboratory for freebies that answered all the fantasies of Sonia Gandhi and her NAC. But Ashok Gehlot’s incumbent Congress was routed by 163-21 in a house of 200.

There was much povertarian celebration later as Jayalalithaa won her second term, a rarity in Tamil Nadu. It was credited to her populo-nomics: Free mixer-grinders, mangalsutras and more. The fact is, there was a 13 per cent swing away from her and she would have lost if not for the divided opposition vote.

Freebies, therefore, are yet be proven a ‘pucca’ vote-catcher. But don’t say that to KCR, because he takes pride in two things: His record of delivery, and imagination.

As you travel through his state, you see the weight in his argument. He does have some giveaways like his Rs 1 lakh gift to women on their marriage—called ‘Shaadi Mubarak’ for the Muslims and ‘Kalyana Lakshmi’ for the rest. But he has some asset-building innovations. Like his plan to build two-bedroom homes for the poor, simply called ‘2BHK Scheme’.

He’s building a half million of these in his first term and you can see these as a most prominent writing on the Telangana wall, in 11 storeys at Kollour near Hyderabad and in two storeys lining the highway passing his constituency of Gajwel. What about PM Modi’s Pradhan Mantri Awas Yojana, we ask him. “It’s a rubbish scheme,” he says. “Where do the women even change in a single-room house that Modi is giving?”

Can he afford these 2BHKs, at Rs 7.5 lakh apiece? We can take note of some innovations. He is giving away government land, waiving tax on cement, offering free sand, has developed the use of bricks made with subsidised fly ash from thermal power plants, collected the Rs 1.5 lakh per dwelling that the Centre pays for PMAY and folded it into his 7.5 lakh cost. You can take a look. This is very decent housing with better infrastructure than any of Mumbai’s slum rehabilitation colonies. A taxpayer shouldn’t grudge this.

There are others: Good, bad and curious. He’s built decent, free government hospitals. There’s also a free ambulance pick-up and drop for a pregnant woman, accessible through a call centre. Each mother and baby, returning home, are presented a mid-sized suitcase, with clothing and toiletries, some essentials and even toys to last three months. Of course, it is called the ‘KCR Kit’ and comes with his large portrait printed on it, on a pink background. At the hospital in Karimnagar, we see all of these, talk to mothers and families, and they’re grateful.

The scheme that really needs closer, and open-minded examination, however, is the Rythu Bandhu (farmer’s friend). Farm distress is a national calamity, and many different approaches from input subsidies to Minimum Support Prices have failed. Telangana gives a straight Rs 4,000 per crop (Rs 8,000) for a year per acre as support to the farmer, irrespective of the land size. Last year, it spent Rs 12,000 crore on Rythu Bandhu. This has drawn much socialist criticism as even richer, absentee landlords “with hundred acres or more” also collect this.

Data tells us a different story. Of the 58.3 lakh beneficiaries (it’s a lot of families in a state with 3.5 crore population), only 14,900 own 50 acres or more. In fact, just about 1.15 lakh, or less than 2 per cent of all beneficiaries, own more than 10 acres. So, there’s juice in this idea, provided you can afford it. Can you? Spare me the bakwas, KCR is likely to say.

In KCR-onomics, there is something for everyone. Twenty-one free sheep (20 sheep plus one ram, actually) for herding castes. Industrial-sized washing machines for the dhobi (washerman) caste, fish-seed for the fishermen and so on. Scholar and caste-equality activist Kancha Ilaiah Shepherd questions this as driving the future generations into caste-denominated avocations. These are pure vote-buying schemes. Everybody loves a freebie.

Question is, do they also vote for these? Evidence so far is mixed, but predominantly negative. Congress, we noted earlier, was devastated in Rajasthan in 2013 despite incredible handouts.

In Tamil Nadu, the home of freebie politics, parties have mostly alternated. In Punjab, the Akali-BJP combine was demolished despite the ‘atta-dal’ (wheat flour and pulses) scheme, along with free power etc that bankrupted it.

Some of the states that keep re-electing their chief ministers are not the freebie champions: Gujarat, Madhya Pradesh, West Bengal. In Karnataka, Siddaramaiah’s Congress splurged in a Jayalalithaa-plus manner, but failed to beat the BJP. In Chhattisgarh, you could say that the nearly-free rice that earned its genteel chief minister the nickname of ‘chawal wale baba’ also helped him win two re-elections. But now, his rivals are offering even more.

Voters are clever. They know that a freebie once granted can never be withdrawn. Please note the many rude things Narendra Modi said about MGNREGA in the 2014 campaign. He has only kept throwing more money at it. They also expect the challenger to bring more: BJP is offering free cows here. You need more than freebies now: Identity, inter-state rivalries, religion, nationalism, and in state elections, sub-nationalism.

Which brings us back to Telangana. We watch KCR’s son in a street-corner meeting and then the father at the big one in Hyderabad’s parade ground. “Jai”, they say…fists go up, and so many respond…“Telangana”. Now, ‘Jai Telangana’ isn’t a slogan you can shout convincingly from a Prajakutami stage, with Andhra’s Chandrababu Naidu as partner. Freebies alone may not win KCR a second term. With Telangana pride, his is a more formidable proposition. more
Helpful Residents of Telangana Dec 08
Viewed by 320

Suresh Adina
This is a commentary of sad state of affairs in the country.
When it comes to Telangana and TRS(KCR), we are following what we did as a nation 70+ years ago. We attributed the success of independence movement to one individual (Gandhi) and one party - Congress. the trend has sunk into our minds. Hence this will continue across the country. AIMIM, Abdullah Clan (J&K)DMK & AIADMK, TDP, Shiv Sena, Patnaik (Orissa), Yadav Clan (UP), Lallu Clan (Bihar) have all benefited from this phenomenon of single entity worship. This trend is unlikely to change in the immediate future.

Politics has become a dirty word which no one who thinks they are decent, wants to get into. This suits the current political class quite well as they can retain their status and can promote those they chose, while the majority will continue to be enslaved to this system.

We need a fresh perspective on politics. AAP gave that hope, but has since, fallen into mold of all other political parties. BJP is showing some promise, but there is a lot of dead wood even there and the party can ill afford to throw them away. more
Dec 10 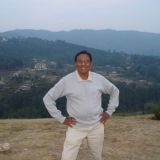 Mullangi Ravindranath
You are right in commenting. There are several odds during elections. Parliament has failed to revolutionise election process. People shall have a mechanism to do it in future. more
Dec 09 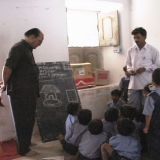