Restricting refined sugar, refined carbohydrates, and alcohol from one’s diet, while increasing healthy saturated fats and protein, can reverse type 2 diabetes. Even the mainstream media is starting to report that type 2 diabetes is reversible through diet.2

Population studies of societies that consume much of their calories from the saturated fats of coconut oil show that diabetes is very rare. A study done in India in 1998 showed that when Indians abandoned traditional fats like ghee and coconut oil, and started using polyunsaturated fats like sunflower or safflower oils, that the rates of diabetes became alarmingly high.3 Studies carried out in many South Pacific Island countries have revealed the same thing: when the traditional diet high in coconut oil is abandoned in favor of more modern foods that are highly processed, including polyunsaturated vegetable oils, there is a direct increase in the rate of diabetes and other western diseases.

A study done in 2009 at the Garvan Institute of Medical Research in Australia by Dr. Nigel Turner and Associate Professor Jiming Ye demonstrated that a diet rich in coconut oil protects against ‘insulin resistance’ (an impaired ability of cells to respond to insulin) in muscle and fat.4 A diet rich in coconut oil, which is high in medium chain fatty acids, also avoids the accumulation of body fat caused by other high fat diets of longer chain fatty acids of similar calorie content. These findings are important because obesity and insulin resistance are major factors leading to the development of Type 2 diabetes.

A study was conducted in 2010 “to study the effect of saturated fatty acid (SFA)-rich dietary vegetable oils on the lipid profile, endogenous antioxidant enzymes and glucose tolerance in type 2 diabetic rats.” The study concluded: “The type of fatty acid in the dietary oil determines its deleterious or beneficial effects. Lauric acid present in coconut oil may protect against diabetes-induced dyslipidemia.”5

Coconut Oil and Type 1 Diabetes
While type 2 diabetes is related to diet and lifestyle, type 1 diabetes is an autoimmune disease that shuts down your body’s insulin production. But we are seeing good testimonies in coconut oil’s ability to control type 1 diabetes as well:

Coconut Oil and Type 3 Diabetes
Recent research has shown that Alzheimer’s Disease is a problem with insulin production, and is now being referred to as “type 3 diabetes.”
This is perhaps one area where coconut oil has seen the greatest success in treating diabetes, as people are reporting compete reversal of effects in some cases among those suffering from Alzheimer’s Disease. more
Helpful Managing Diabetes Effectively Oct 12
Viewed by 135
View all 11 comments Below 11 comments 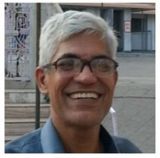 VIJAYAGOPALAN KP ( )
Coconut might be, perhaps, useful. I am living in Ghaziabad for the past 5 years, though I continue to use coconut oil here also. Some other factor might be the reason for my diabetes. But two of my co-brothers in Kerala have diabetes and use of coconut oil in Kerala is widespread. more
Oct 13

VIJAYAGOPALAN KP ( )
I am from Kerala and type 2 diabetic. We, keralites largely depend on coconuts and coconut oil for cooking. I am happy to note that coconut is good for diabetic. more
Oct 13