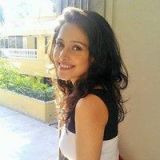 In this festive season, there is a note of caution! Or maybe, by now, it has become a way of life, considering the Capital's perpetually dismal air. The dailies flashed the air quality as 'Severe' for the fourth time this season with AQI swinging around 450. Enough concern has been on display since the first time Delhi stated cognizance of its deteriorating air quality. And, even though careful discussions on the serious issue brought about emergency plans such as GRAP to the table, Delhi has never seen a 'Good' AQI rating ever since. The best it gets is to wish for a lesser evil. 'Very Poor' is a victory, especially since the city chokes out on a 'Severe' rating. The degraded air has created 'pollution refugees' who had to leave the National Capital in a toss between their home or their health – and those who do not side with the latter may be called careless. In that sense, the entire city is careless. Awareness regarding the impacts of severe air quality on our lungs has been floating around, yet we believe it is what it is. Pragmatically, not everyone could leave the city anyway. Yet, those who have the opportunity, (should) take it without second thoughts. According to a survey by Local Circles, a whopping 35 per cent of people living in Delhi-NCR are contemplating leaving, owing to the pollution. Many will argue about how the other great cities around the globe have handled the concoction of huge population and high levels of pollution. But arguments do not improve the air – innovation and counter-measures do. The other cities have tackled pollution through drastic measures and Delhi can learn.

As the city saw a drop to 3.7 degrees on Sunday, IMD announced another cold wave stint in Delhi post-Christmas. But cold is not the issue. Winter is just aggravating the issue of poor air. For two years now, Delhi has witnessed the appalling aftermath of Diwali. To the extent that the SC intervened to ban crackers, GRAP imposed its 'Severe' AQI counter-measures and National Green Tribunal fined and shut a number of defaulters with a potential contribution in polluting the National Capital Territory. Shutting down the Badarpur power plant, closing brick kilns and banning diesel generators were done in the collective concern of deteriorating air quality. But as is already understood, these are just emergency actions. Delhi will not improve even if it develops a super-efficient emergency mechanism. It is like a terminally ill patient who only takes medicines to postpone death. We are improving the medicine upon every instance of air quality rising beyond permissible limits. Very little is done to correct the illness from its roots and prevent it in the future. Cities across the globe have practised cycling, strengthened public transport system, created no-vehicle zones, imposed diesel-ban, removed parking spaces, increased green-cover, placed a high tariff on parking and constructed cycle and pedestrian lanes. And all this just to curb vehicular emissions which contribute significantly to air pollution. In all those alternatives, quality of implementation is the key. Even one, if practised diligently with inch-precise routine – like brush-breakfast-work for a working individual – can introduce a sizeable difference and bring the prevention mindset to life. A mutual understanding between residents and the authority is capable of such a feat. If the government pushes for no-car zones, the public might feel as if they are being deprived of things in a free society. But that is at the cost of the air that we breathe. So the decision, having a strong backing of the greater good, will see a fall in complaints regarding such a drastic measure. Truth is, if the government decides, people have to follow. And if it decides to remove roads and build cycle lanes, pedestrian lanes, even a tram to augment public transport, the public will be uncomfortable; however, the adaptive human mind will adjust to the new way of the city since air is the same for every one of us. Delhi Metro has managed the commute of millions with precision and it would build a scary picture if we have to imagine that many people using vehicles on city roads. They have laid out a map that encompasses a majority of areas – linking crucial markets and government spaces to residential areas. And, nevertheless, traffic congestion persists as do millions of cars honking their way around and worsening the already precarious air quality. Blame the mammoth population for that maybe, but blaming and criticising does little good. And while we invest in air masks and air purifiers, refrain from outdoor activities and at the same time drive down to celebrate Christmas – we continue to lose the battle for clean air. more
Helpful Transforming Delhi Dec 25
Viewed by 1369
View all 8 comments Below 8 comments 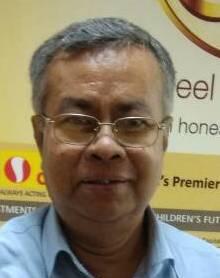 ROHIL KUMAR
IT IS THE DUTY OF ALL PERSONS TO KEEP ENVIRONMENT CLEAN, Not the authorities duty, they are doing at their level best, but they cannot do the whole. Authorities/Government has to take some drastic & strict action on polluting the environment. more
Dec 26

Surojit Sen
Who is genuinely interested in doing anything in the city of "koi baat nahin". People are not even interested in keeping their back lanes clean, leave aside the environment.
Has any action by any agencies / govt. bodies / or even by individuals been taken with a long term goal in perspective ?
Problem of environment is a collective issue and need be tackled by each and every individual person and agencies concerned. Some "not so pleasant steps" are also quite necessary to help achieve this goal.
Surojit Sen more
Dec 26

Thomas Dohling
During the rains I recorded AQI in Delhi at 75 on more than one occasion. Good news is not carried by the media. more
Dec 25