RBI’s recent directive of cutting down free transactions at ATM of non-home bank to 3 per month has been widely criticized. One of our member - Sanjeev Bedekar brought this issue up in the ‘Make Consumer Affairs Better’ circle to get the views of the fellow members. This is what he had to say:

1. Why does someone go to an ATM from different bank?
a. Many banks have very limited number of ATMs.
b. The ATM of your own bank is not functioning.
c. The money in ATM has exhausted or not refilled in time.

2. Why do people require multiple transactions?
d. ATMs most of the times do not allow above a certain limit mostly because they have
limitations on number of notes and they refill with lower denominations.
e. ATMs do not have enough money to be disbursed.
f. ATMs do not allow withdrawal their complete authorised amount. For e.g. many
ICICI bank debit cards allow cash withdrawal of Rs. 1Lakh but mostly restrict to 20
thousand.

In all such cases people are forced to go for multiple transactions due to fault on account of banks. Why should they be punished for it? This way banks will further be emboldened to use similar tactics to force people to go for multiple transactions? In addition many customers especially the youth want to withdraw only the amount immediately required by them. This will unnecessarily put burden on the segment which government other keeps subsidising for.

Here is a quick summary of everyone's inputs:
1. RBI is protecting the Banks rather than the public
2. It is a usual practice from the corporates – start a service free and when people get used to it, make it chargeable
3. Instead of charging heavily like Rs. 20, rationalise like Rs. 5 per transaction after free transactions
4. 5 transactions should mean money must be withdrawn successfully on all 5 attempts
5. Reduced ATM transactions would mean increase of walk-ins in the banks
6. Most of the banks charge customers for the ATM cards and hence all ATM withdrawals should be free

If there are any additional inputs, please post it as a comment to this post. Our objective should be to submit a recommendation on what and how it should work. 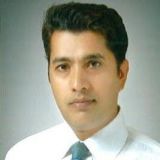 If damage note comes from bank ATM M/C and bank harassing customer by wasting customer time and exchanging the note , so bank is not giving any favor it is bank fault that they have inter wrong note so that customer get trouble their should be some penalty clause for bank also means bank need to pay 5 to 10 time of amount for their mistake.

Fake note Issue from bank ATM . If Fake note comes from Bank ATM then bank harassing customer to go to ATM and banks and showing its vendor mistake we have out source feeding ATM . no written rule information with bank and customer care how to handle this kind of cases. and after wasting 2 month of customer if bank returning same amount to customer . So it is not fare. because this is bank mistake why should customer bear . 100 times of penalty have to be paid by bank for their mistake. more
Jan 12

Public can submit request at any branch in India.
Approval should be on mail or mobile one time password authentication. This is security requirement and bank should not be charge any thing extra as a social responsibility as a government bank. If they also behaving like other private bank (profit center / Business) then for bank also penalty clause should be mention.
For adding third party name we should not be able visit again and again home branch for approval it should be approved on registered mail on a/c. this is loop pole at SBI process.
I know I required ATM debit card but process is too tough in a fist visit I have to apply then need to visit branch for password , do you really thing policies in the name of security is user friendly and as per market trend this should be online generated or on mail. Request should be online or on mail or customer care
Check book request should be online or on mail or customer care
SMS charges. requested to stopped this facility because banks (HDFC, SBI charging 15/- + service charge =17 /- per quarter but this does not mean that bank will removed my mobile number this is against KYC and Banking security Policy. more
Jan 12

Regularizing terms and condition in banking sector
Banking sector should have service oriented mind set. When they are playing as business point and implementing unwanted charges to increase profit then penalty clause should be there
Frame work required in banking terms regulatory compliance
Net Banking
Mobile SMS Charges
KYC norms as per RBI.
Mobile number linking from bank a/c.
Email linking from bank a/c.
SLA – Service level agreement for each process Time bonded activity
No additional Charges for SMS , ATM,
Penalty clause for bank also if they are deducting any unwanted charges and not reacting on time.
http://vishesh2014.blogspot.in/2014/12/improving-performance-of-public-sector.html more
Jan 12

Venkatasubramanian Sethuramalingam
first the ATM was introduced to reduce the burden on the bank staff and to enhance the easy and quick transaction by the customers. Really we are benefited by this as we could able to do transaction in fastest way and in the nearby ATMs which are very near to our home than the bank where we have account. This benefited many senior citizen and many who are not in good health. I don't know why this RBI decided to change this as the bank which is already overloaded with many new government schemes and less staff. Now the burden is on common man who is to suffer further to take his own money from the bank. RBI must decide to revert to the old system as it is repeating its "Thuklak raj" for the benefit of the common man. Government must also interfere in this for the benefit of common man and the senior citizen. more
Dec 10
View 58 more comment(s)
Post a Comment