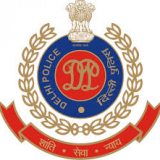 Below are the key issues/areas outlined by you where chain snatching is common. Kindly review and if you have additional inputs on such areas, please share your comments. Also, if there are areas where phone snatching is common, please list those as well.

1. Chain snatching incidents are a regular near Prasad Nagar Lake
2. One such road is in Vasant Kunj behind D-2 and in front of Anand Modern, Bhawani Kunj. Morning walkers and people using the road late in the evenings are the target
3. 3-4 incidents of chain snatching have recently been reported near Balaji Baboosa Mandir, Sector-24, Rohini
4. UP-Link road from Mayur Vihar Metro Station till Noida border also has had many such instances
5. There are frequent chain cases in Mukherjee Nagar Area, especially on the road towards Nehru Vihar in evening time
6. Many chain snatchings happen in Uttam Nagar west, near Mahindru hospital
7. Chain snatching is rampant in the surroundings of Sector-9, especially near plot-9 and also other sectors of Dwarka
8. Chain snatching happens at underground crossing at late hours -Lajpat Nagar to Defence colony
9. These incidents have frequently been happening on service roads in Sector 22 and Sector 23 Dwarka New Delhi
10. In Sector-16, Rohini, Delhi, the area falls under PS K.N. Katju Marg, snatching is usual matter in the morning time whenever people comes out from their house
11. Many cases reported early morning in Dwarksoutside plot 13 Sector 22 near Amul Milk outlet by motor cycle borne miscreants
12. Many chain snatching are happening in service Roads near crossing where the snatcher find it easy to speed away in opposite direction at the crossing particularly of Sector 6, 7, 1 & 2 Dwarka
13. Chain snatching is a common day affair on north avenue road in Punjabi Bagh
14. In Mayur Vihar Pocket 1, the area to the North of the overhead water tank around the main park is favourite ground for chain snatchers more
Helpful Transforming Delhi Jul 06
Viewed by 2771
View all 25 comments Below 25 comments

AKHIL ANI
why don't we put a dummy candidate whose chain can be snatched, one day
catch in camera next day get arrested. more
Jul 14 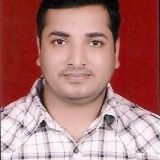 Manish Sarraf
I have chased 2 chain snatcher on bike for almost 5-6 kms in Pitampura few years back but later they vanished in one of the street. After that I had to go through long conversation & enquiries with the local police which was not so friendly. I was trying to help the victim and nab the snatcher but now afraid to help anyone in need due to police queries and conversation more
Jul 10 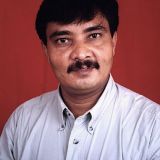 ANJANI KUMAR
My wife is recent victim of chain snatching. We live in Shakti Vihar colony of Badarpur Area. Criminals are up in arms in this area. This can be gauged from the fact that they are committing the crimes in broad day light that too at door steps of people. My wife was standing at the door with my sister - in - law at 5 pm in the evening. A goon snatched chain from my wife's neck from behind and fled on bike. By the time people could hear my wife'S voice he disapeared .
I along with visit the police station - Jaitpur & met S.H.O there who gave big assurances but all proved to be empty. Not a single action has been taken so far. Even no F.I.R has been registered.
Basically criminals being encouraged by corrupt police & corrupt politicians and we the general public has to pay for them. more
Jul 07

Sanjeev Dewan
This the most dangerous area and there at least 50-60 incidents reported.. And the disturbing part the beat police is 200mtrs away from this location.... Is anybody listening!!!!!!!!!? more
Jul 07
View 25 more comment(s)
Post a Comment