The Labour Ministry is all set to cap premature provident fund withdrawal at 75 per cent of total deposits in case an EPFO subscriber goes without a job for two months.

The rest 25 per cent would be paid to the subscriber at the age of 58 years.

The ministry has firmed up the decision on premature PF withdrawals after the EPFO trustees from workers' side unanimously supported the move in a meeting held here today, a Labour Ministry official said.

The official said that though the ministry has shown its intent to cap PF withdrawal at 75 per cent earlier this month, but they wanted to take trade unions representatives on board.

The Labour Ministry will soon issue a notification in this regard to amend the Employees' Provident Fund Scheme to cap the withdrawals, All India Trade Union Congress Secretary D L Sachdev said after the meeting.

However, it was also decided that the provision of inoperative accounts will not be applicable to such cases, Mr Sachdev said.

At present, a subscriber's account becomes inoperative if no contribution is made for 36 months. The EPFO does not credit interest on inoperative accounts.

Under the new provision, EPFO will retain 25 per cent of a subscriber's PF till he attains the age of 58, and his account has to be credited with due interest, Mr Sachdev said.

Earlier this month EPFO's Central Provident Fund Commissioner K K Jalan had said, "Presently, out of 1.3 crore annual claims, not less than 65 lakh claims are for full withdrawal. If the proposal is implemented by the Centre, the total number of claims would come down to 50 lakh."

Mr Sachdev said that they suggested that in case of emergency, subscribers should be allowed to withdraw a part of remaining 25 per cent under certain conditions.

These conditions could be requirement for money for treatment of deadly diseases like cancer or for heart bypass surgery or for any other such situation, he added. more
Helpful myEPF Jul 25
Viewed by 214
View all 7 comments Below 7 comments 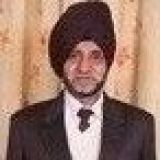 Kulbir Singh Chadha
Basic ambiguity in EPF Pension is the defective formula for calculation of Pension. ( Length of service in years multiplied with basic pay and divided by 70). Here length of service is considered from 1/1/1995 and basic pay is taken as Rs. 6500/- maximum ( which is now being considered to increase to Rs. 12000/-) only. Thus if some one retired in 2002 after 30 years of service, will loose 23 years of his service for pension purpose. That is the reason some of the employees has been getting EPF pension as low as Rs. 500/- only which is joke with working community more
Aug 12 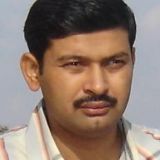 Rajeev Vats
I read all the comments and mostly disagree with you all friends. My reasons :- How many accounts are non-operative? its in 100 of millions. So where is that money? Hence new suggestion will lead to increase in holding money with the govt and also increase in "no-claimant". I firmly believe the existing govt is not of that mindset, it seems some BABU (read bureaucrats) do not want to pay poor workers. It is like that bank saying you cannot withdraw more than 75% of saving or fixed deposit. I rate it as bullshit, shame of PF board to to accept such proposal from ministry. more
Jul 27

Venkatraghavan M
The proposal to retain 25 % of the EPF accumulations can be implemented for employees working on higher salary, but for casual workers working on minimum wages, who change their employment for higher wages or who have been stopped by their employer, it would be difficult for them to get the amount after 58 years. Due to increase in cost of living, an employee wants to utilise all the resources available at his disposal. Before reaching the age of 58 years, the casual employee would have changed about 5 to 10 times their employment. Will the EPFO able to keep track of the same. more
Jul 26

GURUSWAMY SANKARANARAYANAN (HR CONSULTANT FOCUSING ON LABOUR LAWS)
I had earlier opined that Provident Fund is a retiral benefit. Moreover, in practice a majority of employees leave one company and definitely join another company. But, it is the habit to wait for 2 months and withdraw the amount by submitting Form 19. The irony is most of the employees do not know about the unemployment certification. The previous employer too does not bother about this certification , The best way for a financial benefit for a retired man is convert the Provident Fund as a pension. This is possible provided the Payment of Gratuity Act is amended in such a way that the gratuity amount replaces the Provident Fund. Or, as a first step no PF withdrawal till 58 years. more
Jul 25 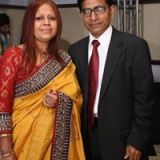 Ram Parkash Grover
Unless there is compulsion,no one wants to save. Let the premature withdrawals from provident fund be upto 50 % only for the unemployds(that is difficult to prove) or for other valid reasons and 100% for those suffering from very serious diseases. more
Jul 25
View 7 more comment(s)
Post a Comment