Cancer survival rate in India among the lowest in the world

Cancer survival rate in India among the lowest in the world

Survival rates in India are quite low for most types of cancer, less than half of the advanced countries in many types.

NEW DELHI: Cancer is thought to be the great leveler. Whether you are an Indian or a Korean or Icelander, cancer will bring death. But a massive study of 26 million cancer patients over 15 years has shown that survival rates in the 10 most prevalent types of cancer vary hugely across countries. Survival rates in India are quite low for most types of cancer, less than half of the advanced countries in many types. More surprising is the fact that survival rates in India are either stagnating, or inching up very slowly, despite India having some of the better treatment facilities.

The study by an international team of doctors tracked the cancer patients from 67 countries, including India, between 1995 and 2009. It was published recently in the medical journal Lancet.

The number of people that survive for five years after being diagnosed with digestive system cancers seems to be particularly low in India compared to more advanced countries. Survival rates are just 19% for stomach cancer compared to 25-30% in most countries, with 58% surviving in South Korea. In India, survival rate for colon cancer is 37% while it is 50-59% in most countries and goes up to 65% in the US. Only 4% of liver cancer patients survive for five years in India compared to 10 to 20% elsewhere. Survival rates have dipped in the case of rectal cancer in India.

Even in breast and prostate cancers, where medical advances have ensured that over 80% patients survive in advanced countries, only about 60% of Indian patients survive. Ovarian cancer survival rates have declined in India from 23% in 1995-99 to 14% in 2005-09. Cervical cancer survival rates are 46% compared to the global figure of 50%, but there is a slight decline in India from 47% in 2005.

Michael Coleman, professor at the London School of Hygiene and Tropical Medicine, and one of the lead authors of the study told TOI that one reason for the low survival rates in India could be that equitable access to early diagnosis and optimal treatment is not yet available for all people in India.

"Some of the most advanced medical facilities in the world can be found in Mumbai (for example), but they are out of reach of the vast majority of the Indian population," he said.

"The inequality in India may be extreme, but inequalities in access to cancer diagnosis and treatment exist in very many countries, including the USA and the UK, even if the disparities may be more severe in India than in some more developed countries," he added.

Another reason for India's low survival rates is patients do not (or cannot) fully comply with the treatment decided by the doctors and follow-up is also patchy, says A Nandakumar, director of the National Cancer Registry Programme at Bangalore who was associated with the study.

"Accessibility, affordability, lack of awareness about the nature of the disease and the need for periodic checkups and several other socioeconomic factors could contribute (to the low survival rates in India)," Nandakumar said.

Coleman said out of the 27 population based cancer registries in India only four actually participated in the study. These represent about 59 lakh population, which is about 0.5% of India's 2009 population. However, this is not a small sample population and it does represent the trajectory of cancer incidence and survival accurately in these regions.

The study underlines a troubling question: is India losing the fight against cancer? Coleman says that India's politicians should ponder if enough is being done for India's growing number of cancer patients. He also stresses the importance of cancer registries because only then can a valid picture of the disease emerge. more
Helpful Fight Cancer Together Dec 07
Viewed by 79
View all 6 comments Below 6 comments

Puneet Chandna MD(h.c.), PhD, FIET, FNCCN, MAHA
Mr Gupta, sorry for snapping out! I can state that this comes with special thanks to the conveniently distracting daily routines we have as individuals (not team). These commonly deft at burying our emotions in a developed economy. we need to figure out that, do we need to emerge into the light as a team or just die as individuals. every bit matters and every day consistently. i may not be the right person to judge others but i am trying my best to deliver and offer what i can both with support help and charity too. more
Dec 07

Puneet Chandna MD(h.c.), PhD, FIET, FNCCN, MAHA
well ovarian and breast cancers as they are thought to be striking women who have a near or first degree relative suffering, may nit be the only reason as often these are sporadic cancers and show up soon. awareness in this case is to identify the symptoms early and report early for addressing the disease early than curing it! more
Dec 07 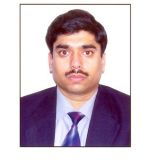 Arun Gupta (agupta)
Dear Dr Chandra, this should be an eye opener for us. we must analyse the reasons as to why, despite having one of the best doctors and hospitals we have such low survival rates... one major reason is lack of medical security for patients. we need to analyse how many patients are forced to quit treatment because of lack of funds. we at winovercancer.net are trying to address one aspect if this issue by addressing need for financial rehabilitation of cancer patients in India. we need your support
regards
arun more
Dec 07

Puneet Chandna MD(h.c.), PhD, FIET, FNCCN, MAHA
Thanks for raising this Mr Chandra and Ms Renuka you are right for the awareness part. I however feel that the right medications and a less aggressive treatment with some conventional drugs can help in overall survival or a disease free survival. more
Dec 07

RENUKA PRASAD (CANCER SURVIVOR)
overtaken the society with its "cancer " spread. Government needs to either do the campaign itself or work with NGOs working in this field to help bring in patients at an early stage of cancer when it can be treated to save the valuable life. more
Dec 07
View 6 more comment(s)
Post a Comment