The show “True Facts” on Nova TV recently announced the interview with the man who after the long chemotherapy torture decided to use hemp oil and literally coughed out cancer. At the same time, Rick Simpson, the man who made hemp oil popular, was guest during a live streaming radio-program about hemp on Radio Student. […]

Unbelievable ! Is this a cure for only lung cancer or cancer of other parts of the body?
Dr. Saumya Mittal can give his valued opinion on this subject. Is this a proven, time tested cure? Has it cured any more patients or only the one whose video been presented here? And what is HEMP OIL? more
Helpful India Against Coronavirus Jan 31
Viewed by 30

Cannabis has been making a lot of noise lately. Multiple states across the United States and countries around the world have successfully legalized medical Marijuana, and the Uruguay parliament recently voted to create the worldâs first legal marijuana market. This is good news as the health benefits of Cannabis are vast, with multiple medical and scientific studies that confirm them. On the other hand, arguments against the use of marijuana is usually published in Psychiatric journals, which show no scientific evidence that Cannabis is harmful to human health. All psychological evaluations from the intake of cannabis are largely based on assumptions, suggestions and observations (1). When we look at the actual science behind Cannabis, the health benefits can be overwhelming. So what does one who opposes the use of cannabis base their belief on? Nothing, not scientific evidence anyways. The negative stigmatism attached to marijuana is due to itâs supposed psychotropic effects, yet again, there is no scientific evidence to show that marijuana has any psychotropic effects. Nonetheless, cannabis has recently been the focus of medical research and considered as a potential therapeutic treatment and cure for cancer.

Cannabis is a great example of how the human mind is programmed and conditioned to believe something. Growing up, we are told drugs are bad, which is very true, however not all substances that have been labelled as âdrugsâ by the government are harmful. Multiple substances are labelled as a âdrugâ in order to protect corporate interests. One example is the automobile and energy industry, a car made from hemp is stronger than steel, and can be fuelled from hemp alone. Henry Ford demonstrated this many years ago. Hemp actually has over 50,000 uses!

Letâs take a look at the science behind Cannabis and Cancer. Although Cannabis has been proven to be effective for a large range of ailments, this article will focus mainly on itâs effectiveness in the treatment of cancer. Cannabinoids may very well be one of the best disease and cancer fighting treatments out there. Cannabinoids refer to any of a group of related compounds that include cannabinol and the active constituents of cannabis. They activate cannabinoid receptors in the body. The body itself produces compounds called endocannabinoids and they play a role in many processes within the body that help to create a healthy environment. Cannabinoids also play a role in immune system generation and re-generation. The body regenerates best when itâs saturated with Phyto-Cannabinoids. Cannabinoids can also be found in Cannabis. It is important to note that the cannabinoids are plentiful in both hemp and cannabis. One of the main differentiations between hemp and cannabis is simply that hemp only contains 0.3% THC while cannabis is 0.4% THC or higher. (Technically they are both strains of Cannabis Sativa.) Cannabinoids have been proven to reduce cancer cells as they have a great impact on the rebuilding of the immune system. While not every strain of cannabis has the same effect, more and more patients are seeing success in cancer reduction in a short period of time by using cannabis.

While taking a look at these studies, keep in mind that cannabis can be much more effective for medicinal purposes when we eat it rather than smoking it. Below are 20 medical studies that prove cannabis can be an effective treatment and possible cure for cancer. Please keep in mind that this is a very short list of studies that support the use of medicinal marijuana. Please feel free to further your research, hopefully this is a good starting point.

Brain Cancer
1. A study published in the British Journal of Cancer, conducted by the Department of Biochemistry and Molecular Biology at Complutense University in Madrid, this study determined that Tetrahydrocannabinol (THC) and other cannabinoids inhibit tumour growth. They were responsible for the first clinical study aimed at assessing cannabinoid antitumoral action. Cannabinoid delivery was safe and was achieved with zero psychoactive effects. THC was found to decrease tumour cells in two out of the nine patients.

2. A study published in The Journal of Neuroscience examined the biochemical events in both acute neuronal damage and in slowly progressive, neurodegenerative diseases. They conducted a magnetic resonance imaging study that looked at THC (the main active compound in marijuana) and found that it reduced neuronal injury in rats. The results of this study provide evidence that the cannabinoid system can serve to protect the brain against neurodegeneration.

3. A study published in The Journal of Pharmacology And Experimental Therapeutics already acknowledged the fact that cannabinoids have been shown to possess antitumor properties. This study examined the effect of cannabidiol (CBD, non psychoactive cannabinoid compound) on human glioma cell lines. The addition of cannabidiol led to a dramatic drop in the viability of glioma cells. Glioma is the word used to describe brain tumour. The study concluded that cannabidiol was able to produce a significant antitumor activity.

4. A study published in the journal Molecular Cancer Therapeutics outlines how brain tumours are highly resistant to current anticancer treatments, which makes it crucial to find new therapeutic strategies aimed at improving the poor prognosis of patients suffering from this disease. This study also demonstrated the reversal of tumour activity in Glioblastoma multiforme.

6. A study published in The Journal of Pharmacology and Experimental Therapeutics determined that THC as well as cannabidiol dramatically reduced breast cancer cell growth. They confirmed the potency and effectiveness of these compounds.

7. A study published in the Journal Molecular Cancer showed that THC reduced tumour growth and tumour numbers. They determined that cannabinoids inhibit cancer cell proliferation, induce cancer cell apoptosis and impair tumour angiogenesis (all good things). This study provides strong evidence for the use of cannabinoid based therapies for the management of breast cancer.

8. A study published in the Proceedings of the National Academy of Sciences of the United States of America (PNAS) determined that cannabinoids inhibit human breast cancer cell proliferation.

Lung Cancer
9. A study published in the journal Oncogene, by Harvard Medical Schools Experimental Medicine Department determined that THC inhibits epithelial growth factor induced lung cancer cell migration and more. They go on to state that THC should be explored as novel therapeutic molecules in controlling the growth and metastasis of certain lung cancers.

10. A study published by the US National Library of Medicine by the Institute of Toxicology and Pharmacology, from the Department of General Surgery in Germany determined that cannabinoids inhibit cancer cell invasion. Effects were confirmed in primary tumour cells from a lung cancer patient. Overall, data indicated that cannabinoids decrease cancer cell invasiveness.

11. A study published by the US National Library of Medicine, conducted by Harvard Medical School investigated the role of cannabinoid receptors in lung cancer cells. They determined its effectiveness and suggested that it should be used for treatment against lung cancer cells.

Prostate Cancer
12. A study published in the US National Library of Medicine illustrates a decrease in prostatic cancer cells by acting through cannabinoid receptors.

13. A study published in the US National Library of Medicine outlined multiple studies proving the effectiveness of cannabis on prostate cancer.

Blood Cancer
15. A study published in the journal Molecular Pharmacology recently showed that cannabinoids induce growth inhibition and apoptosis in matle cell lymphoma. The study was supported by grants from the Swedish Cancer Society, The Swedish Research Council and the Cancer Society in Stockholm.

16. A study published in the International Journal of Cancer also determined and illustrated that cannabinoids exert antiproliferative and proapoptotic effects in various types of cancer and in mantle cell lymphoma.

17. A study published in the US National Library of Medicine conducted by the Department of Pharmacology and Toxicology by Virginia Commonwealth University determined that cannabinoids induce apoptosis in leukemia cells.

Oral Cancer
18. A study published by the US National Library of Medicine results show cannabinoids are potent inhibitors of cellular respiration and are toxic to highly malignant oral Tumours.

Liver Cancer
19. A study published by the US National Library of Medicine determined that that THC reduces the viability of human HCC cell lines (Human hepatocellular liver carcinoma cell line) and reduced the growth.

All sources highlighted throughout article. Click on the highlighted parts of the article to view them.

Each day people all over the world are treating their cancer, diabetes and other illnesses with cannabis oil. Of the many many people who are using this medicine to cure themselves, only a few are brave enough to share their story with the world. On this page I am collecting written and video testimonials from people who have cured themselves from cancer, diabetes and any other sickness with cannabis oil.
The more patient testimonials I can provide, the more proof we have that you can cure your cancer with cannabis oil. So if you or someone you know has used or is currently using cannabis oil please send me your story. You can send a written or video testimonial and I will post it here. The more documentation that can be provided about the condition, diagnosis and treatment the better. Just click the button below to send your story. Anything submitted will be anonymous unless otherwise stated. We hope these can help someone. All the stories below are real people who have treated their cancer or diabetes with cannabis oil. Good luck and God bless. - See more at: http://www.cureyourowncancer.org/testimonials.html#sthash.Ty0BDT09.dpuf more
Jan 31 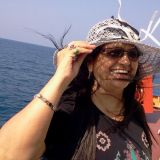 Asha Chopra
Hemp is Cannabis Sativa , commonly known as marijuana. In hindi it is known as bhang , ganja. In olden times it was used for relieving pains and its bark was used for making fibres for clothes. In homoeopathy also Cannabis sativa is used as medicine. more
Jan 31
Post a Comment