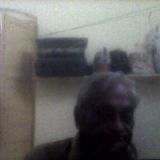 A message came from TRAI on 11/1/2019 'Pay for what you view . Contact your TV Service provider and exercise your option.visit www.trai.gov.in "
Accordingly service provider was contacted on 15/1/19 who said' we have not received any guideline yet' .........saw in news regulation will be effective from 1/2/19 .......again contacted ...nothing collected january /19's charge for february at same enhanced rate.
On 12th feb 19, I saw the cable boy handing over a form to some one .on asking he said 'we received for y'terday and I will be given .On 13/2 a form was given which was filled up indicating which channels I would need! Rate calculated as per =given indication [ 100 channels * @rs 130 +# plus additional 25 channels *@ rs 20/ +#+ another addl 25 channels *@rs20/ +# total = 130+20+20= 170 plus # 18% gst )=rs 200.60
On 7/3/19 the collector came to collect at 350/ as collected for jan and feb/19 .I declined to pay 350/- wanted to pay 201/-
H e threatened cable will be disconnected!
Means their arrogance is forcing all to exploit addiction of cable service?
Like to know the easiest complaint connection as www.trai.gov.in is very complicated for a non user of
websites and so inaccessible! more
Helpful Connected Consumers Mar 16
Viewed by 1753
View all 25 comments Below 25 comments

Ranjit Biswas
The TRAI has made all the farce in doing so. They have set a live example as to how the government institutions can act to double/tripple the income of the DTH service providers as well as the government from the back door by putting the subscribers into a fix. more
Apr 13

H.P. Gurg
I think the net result is subscriber has to pay more for the same content.This is due to imposition of 18% GST. This is similar to what we use to pay for Radio licence in good old days. more
Mar 26 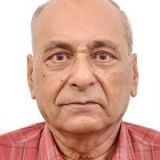 H.C. Malhotra
Is 18% GST on TV viewing justified.Almost every individual in the Country is using this media for news and entertainment.It is suggested that this may be either tax free or at the most 5%GST MAY BE CHARGED.Secondly,TRAI should clearly spell out the charges,one should pay to the DTH Providers and cable operators. more
Mar 19

Suresh Doraiswamy (Consultant Education/Consumer Processes)
I think the CableOperators are just coming out of their disorganized sector into an organized sector. Many of them are not rich,but, small time operators who invested in Cable hardware and did the stringing of cables through Trees and branches. These guys are asking for more money than TRAI recommended and refuse to go according to TRAI recommendations. What is the recourse we consuners have?? TRAI does not even bother to reply emails. Their complaints email inbox is full and is bouncing back emails. None of the phone number listed in the website work.
I think you are right, TRAI is extremely disorganized. more
Mar 18

L Kalavathi
The latest guidelines are not being implemented properly and the customer is facing the brunt since many of us have our channels blocked since mid Feb and are yet to view the same even
though the preferences have been intimated and new amount collected on 5th March. Looks like TRAI has swallowed more than it can chew and the customer is the scapegoat.
L.Kalavathi
Retired Bank Official
Chennai, Tamilnadu, India
18/03/2019 more
Mar 18
View 25 more comment(s)
Post a Comment