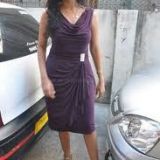 Breath and what it means

Liver failure: People with liver failure have a very characteristic odour called fetor hepaticus. Characterised as a fruity type of odour, this type of bad breath is a sign of liver failure. Known to be due to an increase in a compound called thiols in a person’s breath.

Kidney failure: ‘ People with kidney failure have a characteristic ammonia or keto breath.’ Characterised as a fishy or urine -like fishy odour, this smell is caused due to a person’s kidney’s inability to excrete waste from the body. This build-up leads to the toxins being released from the body through a person’s breath — leading to this foul odour.

Diabetes: A common sign of diabetes is bad breath that has a fruity odour. Diabetics suffering from a condition called ketoacidosis – a life-threatening condition where their body is not able to use sugars as a source of energy (due to the lack of insulin). Their body tends to break down fat instead leading to ketones being formed as a waste product.

Acid reflux: Also known as GERD, a person with this condition often has undigested or regurgitated food in their food pipe which leads to bad breath. The type of smell depends on the foods they eat, but often the smell can be extremely foul.
Respiratory ailments: When you have a cold, cough or any other respiratory infection it is common to have bad breath due to congestion in the sinuses, nose and respiratory tract. more
Helpful AYUSH - Ayurveda, Yoga, Homeopathy and More Aug 10
Viewed by 1045
View all 25 comments Below 25 comments

Indranil Bhattacharyya
Thanks for you topic.It is really common disorders which may lead fatal health problem if we ignore. more
Aug 14

Anjan Ghosh
Don't wait for the government to act . Try to insulate yourself from adulteration to the extent possible by increasing your awareness of the likely culprits. The problem is that in our country one has to go around with a microscope to locate items of food which have not been subjected to some unethical practice. more
Aug 12