AYURVEDIC THEORY OF THE ESSENTIAL 6 TASTES IN FOOD:

It is believed that the ancient Rishis of India received the gift of Ayurveda & knowledge of Yoga from the Gods about 5,000 years ago.

Ayurveda correlates the six tastes with the six energy points in our body, which helps in the growth and maintenance of a healthy body. No doubt we have learnt there are 7 Chakras called Energy points in Human . Out of this, 6 are within the body the 7th is outside the body over the head Sahasrara . When that functions the Jeevathma unites with Paramathma the ultimate objective of Yoga.

There is no theory that one taste is superior to the other . All are equally important and should be consumed for the well being . Some tastes are ones which we may need to have larger quantities of, in our diets, while other tastes by their nature, are consumed or included in smaller quantities. When we consider the tastes, there is certain terminology used in Ayurveda.
Rasa : Taste including the 6 tastes: astringent, bitter, pungent, sour, salty, sweet.
Virya :whether something is heating or cooling. Generally, pungent, salty and sour foods as well as animal products and vegetable oils have heating virya. Foods that are astringent, bitter, and sweet are cooling.

Vipak:This is the post-digestive effect. The taste after a food goes through the digestive system. There are general rules for vipak. Sweet and salty foods have a sweet vipak. Sour foods have a sour vipak. Pungent, bitter, and astringent foods have a pungent vipak.
In the light of this back ground we should be able to asses the VIPAK [ that is the post digestive effect ] and sensibly adjust the intake RASA [the Different 6 tastes .].
Look at the attachments for more details .
We should be proud that the west follows the principals of Ayurveda .
ADD LIF TO YEARS more
FOOD_ASSOCIATED_WITH_6_TASTES.docx
Helpful AYUSH - Ayurveda, Yoga, Homeopathy and More Feb 15
Viewed by 594
View all 10 comments Below 10 comments

Gopabandhu Mohapatra
Yes, the Ayurved and ayurvedic medicines are essential in all aspects of life. more
Feb 20 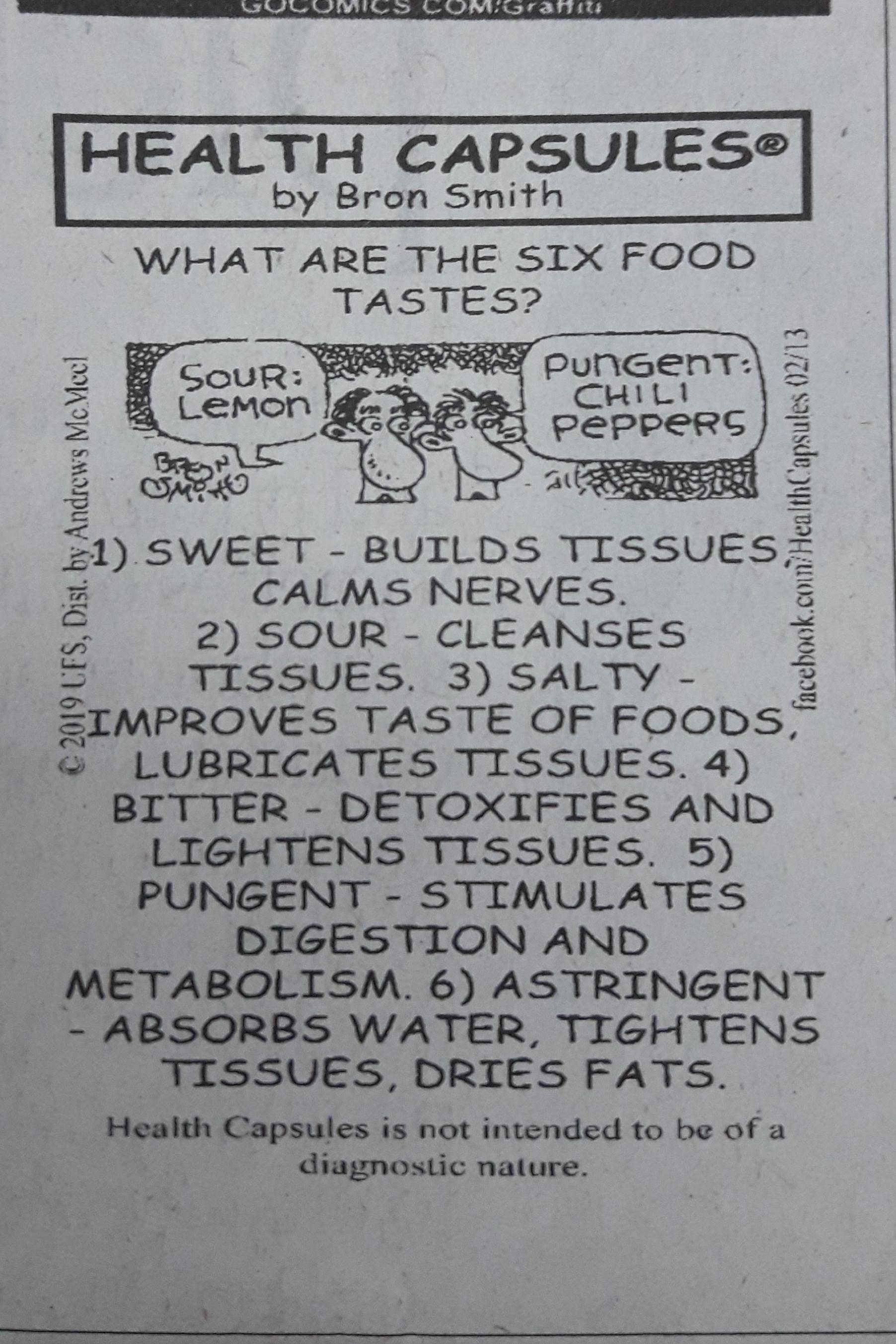 There is yet another authenticating the principles and dictums from Ayurveda being followed . Literally the same in the attachment appears. 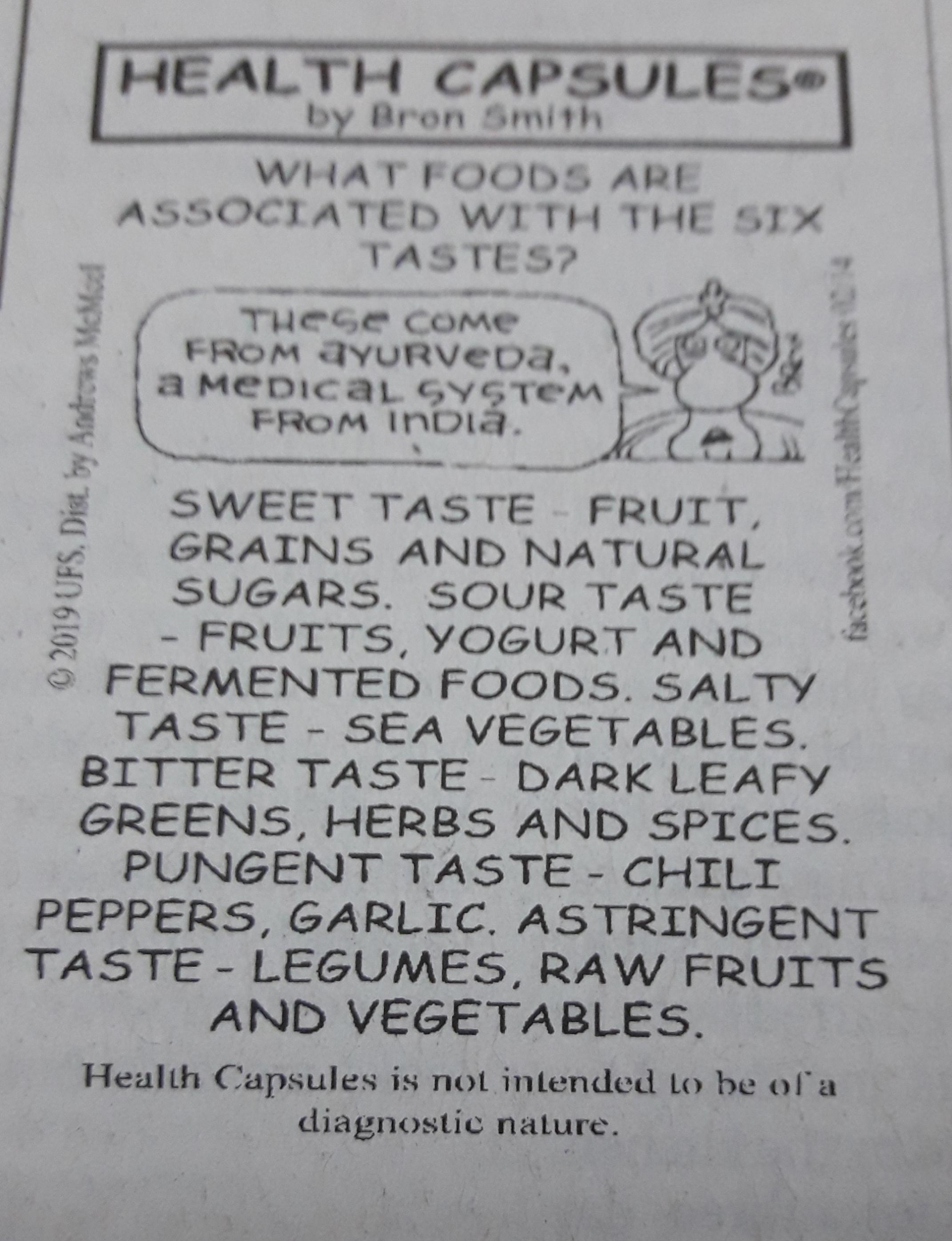 OUR SCIENCES ARE CONSIDERED ANCIENT NO DOUBT , BUT NOT TIME BARRED ;IT WAS ALL CIRCULATED WITHIN THE AMBIT OF A FEW AS VERY WERE COMPETENT TO SPREAD . SO THESE FINDINGS LOOKED COVERED GUARDED SECRETS OVER THESE MILLENNIA’S.

But is getting uncovered now, after testing the results ; having started slow , is being accelerated . Take the example of Yoga . There are more Papers , articles and books in other Languages than in the original Sanskrit [Sage Patanjali ]and Tamil [Sage Thirumoolar at Chidambaram].

A GOOD PROOF OF THE PUDDING OF THE WEST & THE REST FOLLOWING AYURVEDA THROUGH PHYSICIAN CHARAKA IS BEING ATTACHED TO SEE FOR OURSELVES . more
Feb 16
View 10 more comment(s)
Post a Comment