Below are the key issues and solutions as identified by you in regards to ATM functioning. We would like to seek any additional specific inputs you have in regards to ATM related charges. We will be compiling this and sharing with the stakeholders in the key ministries so actions can be taken on this front.

1.ATMs should be fixed with some kind of system which alerts the bank as soon as it is out of service or out of cash
2.Option of selecting currency denomination should be given to the customer
3.The limit of the amount that can be withdrawn from an ATM in a day should be increased
4.Charges on using ‘non-home bank’ ATMs should be revoked
5.More ATMs should be opened in smaller cities and hill stations
6.Each ATM should have an emergency button for emergency scenarios, ideally connected to local police number
7.The door auto lock mechanism should always be working and only an ATM card holder should be able to unlock it using his card
8.The buttons on the ATM machine should be serviced at regular intervals
9.Whenever the ATM is out of cash, it should display a message on the screen
10.Cash should be dispensed in notes of different denominations
11.The issue of account balance being deducted and cash not being dispensed should be handled in an expedited manner
12.There also needs to be a follow on sms that says ‘money is credited back’
13.The complaint reported by customers to concerned bank officials on non-functioning, lack of cash etc. receives a poor response from bank officials and not attended immediately
14.The Air conditioning units installed in the ATM chamber should be in working condition which is essential for trouble free functioning of the ATMs.

1.ATMs are many times found out of order
2.The machine at times dispenses Rs. 100 notes when one needs Rs.1000 notes
3.There is a limit on the usage of ATM cards to withdraw money in one day
4.Banks charge the customers if they use a ‘non-home bank’ ATM for more than 3 times in a month
5.The availability of ATMs in some parts is very poor
6.In the hilly areas, ATMs are mostly in non-working conditions
7.Many ATMs have no security guards
8.The automatic door lock mechanism does not work in most of the ATMs making it a safety concern for the users, especially at nights
9.The buttons on the ATM machines do not work smoothly
10.Many times the ATM does not dispense cash but balance is deducted from the account
11.The ATMs of almost all nationalized banks do not dispense Rs.100 notes, making it a hassle for the customers
12.When the ATM is out of cash it seldom depicts the same. more
Helpful Connected Consumers Jun 06
Viewed by 4504
View all 78 comments Below 78 comments

R V K BABU
When customer fail, banks charge fine , why the same is not applicable to bank when they fail?
They should compensate customer when bank fail. more
Jul 23 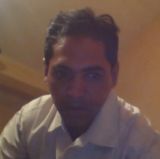 Jagdish Arora (Expert Advisor)
There should be ATM fee of 1000 rupees per transaction. All Indian banks are in a heavy losses and this will help banks to come into profit. SBI is already charging customers 2000 rupees per year as minimum balance charges. In foreign countries when we go they say most Indians have black money and are very very rich. For ATM card we can charge 50000 rupees also and 20000 for cheque books. If cash is not available we can give them tokens like in casinos. more
Jun 14

Chander Gupta (Finance Professional)
The usage of ATM should be made free as it has led to reduction in cost by reducing the requirement of staff & other infrastructure by the bank at branch level. more
Jun 10
View 78 more comment(s)
Post a Comment