Arun Patro
Delhi should know Monthly basis, What are action taken by AAP. what are all approved and rejected by LG. more
Jul 09 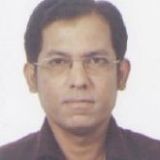 S.K. BHATIA (Law & Order in South Delhi)
No doubt Delhi can not get the status of a full fledged state like others. So leaving apart the crucial areas related to Police, public order and land; why should the government duly elected by the public of the region not be treated at par with other state governments? Why should centre through the LG stop or interfere in each activity of this local government. There are clear examples of action initiated by the Delhi government for the benefit of the public being prevented by the LG. It is also clear that the centre (different party) along with other opposition parties do not want any other new political party to be successful. Similarly why the civil servants behave like what they are doing to Delhi elected government. Is it due to high headedness of the CM and the ministers? They need to clarify. LHowever I also do not feel that the current CM or his cabinet jis adequately matured and capable enough to manage and get actions done duly facing opposing drives. For one thing let the Delhi government notify every month what were their promises, what actions they have taken, what is the status of each and clearly spell out reasons for failures or delays. LET THE DELHI PUBLIC KNOW. more
Jul 05

Ashok Singh
You are partly right. He is an activist at heart and remains so to this day. However, just because Sheila Dixit had an easy time is no reason to believe that the Central Govt is not playing spoilsport with the AAP. The proof of the pudding will be the results they achieve now with hopefully less interference by the LG. more
Jul 06

ASHOK Dhar
When the intended constitutional arrangement was working well with Mrs Sheila Dixit for 15 years with not even one occasion of discord with LG , what is the problem with Mr. Kejriwal . Clearly he is habitually like a dog in the manger . If he concentrates on work he will be less in news and more in the hearts of Delhi people .If he throws tantrums the dirty press gets TRP and Delhi citizens get more and more sick or nothing. more
Jul 05
View 7 more comment(s)
Post a Comment