An Armyman donated blood for the 108th time at a military hospital in West Rajasthan.

Naib Subedar Suresh Kumar Saini, a Junior Commissioned Officer, has donated blood 78 times at Army camps and 30 times at civil camps since 1986, when he joined the Army.

"I hope this inspires youth and elderly people to donate blood," Saini said. With today's donation, Saini has so far given 108 units of blood.

“An average adult has a blood volume of about five litres in his body. It is safe to donate blood four times in a year,” he added.

Notably, the JCO was honoured with a citation on January 15 this year by the Deputy Chief of the Army staff. more
Helpful Blood Assistance in Delhi/NCR Aug 07
Viewed by 829
View all 6 comments Below 6 comments 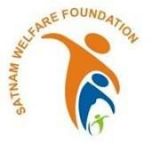 Raja Chandra (WITH AGE AND EXPERIENCE ON MY SIDE YOU MAY CALL ME AN ADVISOR)
Gagan. I salute you for the Great Service you are so humbly doing to Humanity. Best Regards and Blessings. more
Aug 08