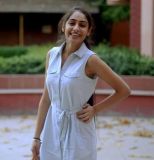 The Special Investigation Team (STF) team of Delhi Police said on Sunday (August 2) that Tahir Hussain has admitted to his role in the northeast Delhi riots that took place in the month of February against the Citizenship Amendment Act (CAA).

Police said that during the interrogation the now suspended AAP councillor revealed that he wanted to teach Hindus a lesson using his political power and money. He told police that he was the mastermind of the northeast Delhi riots.

As per the police officials, Tahir used support from Khalid Saifi, former JNU student Umar Khalid, Ishrat Jahan and Popular Front of India (PFI) member Danish. Tahir reportedly told the police that he was aggrieved after the abrogation of Article 370 from Jammu and Kashmir, Supreme Court ruling in the favour of Ram Temple in Ayodhya and Centre passing Citizenship Amendment Act; and hence decided to take an extreme step.
He revealed that that on January 8, 2020, Khalid Saifi facilitated his meeting with former JNU student Umar Khalid at PFI office in Delhi's Shaheen Bagh. During the meeting, Khalid reportedly told him that he is ready to sacrifice his life for his community. It was at the same time, when Khalid Saifi told Tahir that PFI member Danish will provide all financial assistance needed in the 'war against Hindus'.

The trio then conspired to do something major in the national capital in order to force the Central government to roll back its decision of CAA. As per Tahir, Khalid Saifi took the responsibility to provoke people to a level that they come out on the streets and unleashed violence against the Hindu community.

Saifi, along with his friend Ishrat Jahan, staged anti-CAA demonstration along the lines of Shaheen Bagh at Khureji, which gradually spread to different parts of Delhi.

Tahir revealed that on February 4, he met Saifi again at Abu Fazal Enclave to discuss planning for riots. He said that Saifi informed that the riot plan should be carried out during the visit of United States President Donald Trump to India to put pressure on the Centre.

Tahir revealed that he started collecting empty bottles of liquor and cold drinks from the trash, stones from the construction sites, and fuel, and gathered it on the roof of his house at Chand Bagh. He said he refuelled all four cars, the fuel of which was used in filling empty bottles, that were used as petrol bombs during the riots.

He said that on the advice of Umar Khalid, he stocked large quantities of acid, bricks, stones, petrol, diesel etc on the roof of his house. He informed that he had also collected his licensed pistol, which was deposited with police, to use during the riots.

Tahir said that he ensured that people of his community were not harmed during the violence; and hence a day before the incident, he shifted his wife, children and elders of his family to another safe place.

He also ensured that all CCTV cameras were pulled out so that the police did not get any evidence. On the day of the riots, he deliberately kept calling the Delhi Police so as to avoid any kind of suspicion about his role.

On August 1, Delhi Police questioned Umar Khalid about his speeches that he delivered before the northeast Delhi riots, and also about his meetings with Tahir and Saifi at Shaheen Bagh ahead of the communal violence. more
Helpful Transforming Delhi Aug 03
Viewed by 1266
View all 9 comments Below 9 comments

Raja Aggarwal
The court of law shall not accept statements given in custody. The statement has to be substantiated with corroborative evidence admissible in court of law. The Post her seems to be a part of script. I am not saying he is not guilty but let us also not fall in trap of pronouncing somebody guilty before a court does so. He already has used his right to proclaim what he did was in self defense. Let us see how the case proceeds in court of law. Also it is amazing that how a statement given by accused in a sensitive and important case falls in hands of people who post it on social media. more
Aug 04

Anonymous Circle Member
U could be the next script writer .... please try Bollywood maybe BJP they are very good at tell tales . Amazing how you can churn out crap with your imagination. This is the most shittiest read of my life ... or maybe u are part of the bjp it cell ... service ch shit only comes from there ... all the best ... piece of shit more
Aug 03

Kiran Dambalkar
Is ex MLA with BJP now.. ? How can this well related story be fabricated.. ? Then who is being this synchronization of acts.. more
Aug 03
View 9 more comment(s)
Post a Comment