Dinesh K Jain
Other friends have brought up complaints of poor service provided by other ISPs such as Vodaphone and BSNL, but in my experience Airtel takes the cake. I have Airtel providing me first Wi-Fi broadband service and lately 4G, and its track record of both service and customer care is as terrible as it ever can be. The following illustrates some of the more salient issues where Airtel has doggedly frustrated me and refuses to entertain my complaints. The worst is that they simply ignore them by a variety of strategems, and are past-masters at prolonging a sterile correspondence indefinitely wasting everybody's time, like banging the head against a wall, or like willful customer HARASSMENT.
Airtel bills are simply indecipherable and I strongly suspect that they do so deliberately so as to confound the unwitting customers and overcharge them. What I have been asking them are simple details: these are the charges, for the plan, for the smartbytes, this is the tax, and add it up for me, without trying to drown me in fantastic amounts of totally irrelevant and imaginary discounts, etc. Send it all to me a simple email, shorn of unwanted verbiage please, and robotic routine sentences. For example, my December bill should have been no more than 1,990 plus the smartbytes for 1,000, 600, and 400, plus tax, and for January only 1990 plus 1000, but they both were significantly higher than that, without any explanation.
But the real issues are of much greater importance to the way Airtel launched 4G without being fully equipped to do so.
When an Airtel representative visited my residence this November in response to my conveying to Airtel my possible interest in 4G service provided it had now become available in strength in my area (Mayur Vihar-I), he demonstrated the service and equipment and he gave several exaggerated assurances about its range and strength which have subsequently been found out to be exaggerated. He assured me that the service would be much faster than my then broadband service, and that its range would be much wider too. In experience both claim have proven to be incorrect, to the extent that the service so far is decisively inferior to the earlier Broadband. In reality it has turned out to be inferior in every manner, and subsequently on my complaint Airtel admitted this in writing to me, also adding that you would not know when the service quality could reach the promised level. One outcome of all this is that I am now saddled with a service which is less effective than before, at a higher cost, and, to boot, I am now without landline service as well, all because false promises were made to me by the Airtel representative.
So I asked Airtel to provide me 4G service, until it is improved as promised, either free or with a deep discount, like minimum 50%. Airtel simply chose to ignore this inconvenient fact and issue. Airtel must charge for what it provides and not what it promised - falsely as it were, or else it is CHEATING of consumers.
During December cycle, the service was terminated at least thrice without any warning or notice of any kind. On enquiry each time I was advised that the plan quota had been exhausted. This too is in unfavourable contrast with the earlier Broadband service when anytime the quota was close to be exhausted I would receive your email / sms messages alerting me of this in advance, and, more significantly, even after the quota had been exhausted the service still remained running, only at a much slower speed on an unlimited basis till the end of the billing cycle period. Now, in total disregard for Airtel's consumers' convenience, they terminate the service altogether suddenly without warning or notice.
Each time I checked the status of my service on my Airtel App, it showed about 90% when the service had been terminated. Obviously, either Airtel are jumping the gun unfairly, or their App is showing wrong and misleading information in which case it is not only futile, but damaging to its reputation, too.
In addition, Airtel on phone customer service advised me more than once that my "quota has almost exhausted". This is incomprehensible, for the service must not be stopped until it is fully exhausted. How do they quantitatively define "almost" anyway? In fact, like their broadband or other services, 4G too must continue at a reduced and optimum speed. Stoppage altogether in this manner is extremely disruptive, and unacceptable.
In the same vein, very disconcerting in December was their shocking claim that I had exhausted my quota as well as the smartbytes that I purchased successively for 5 GB, 10 GB and 3 GB, in addition to my quota of 30 GB, all within the month, and the 5 or 10 GB smartbytes exhausing within a day or two according to Airtel's claims but without providing any proof or evidence for claims for such highly accelerated consumption.
I conveyed to them that I could well appreciate their team entrusted with the responsibility is simply not equipped well to deal with such issues, and suggested, as a practical and common-sense measure that they depute a suitable representative executive to visit me, at mutual convenience, for discussion, understanding, and resolution of all matters. There was no response of any kind to this suggestion either from Airtel.
And, as if to top it all, without any meaningful attempt on their part to build mutual understanding and resolve the issues, eventually, one fine morning, they just terminated my internet/4G service! more
Helpful Connected Consumers Feb 19
Viewed by 2808
View all 27 comments Below 27 comments

Narendra Bharti
I quite agree with Mr Navin Mehtaha that almost all of us have problems with the service providers. I am using broadband service of Bharti Airtel since 2005. I also had my share of the problems in the beginning as being a new customer I lacked knowledge. But Bharti Airtel staff was very helping and they solved these problems quite fast and also provided me guidance on the phone. Now I have a problem very rarely and it is solved by Airtel local staff immediately. Last year our city was going through the phase of road widening and the underground cables were damaged by the machines very frequently. But, the Airtel staff were on the spot within half an hour to mend the damages. And sometimes they were there even before the digging machines arrived, to save their cables. I have no problem with their bills. I can say that I am very happy with the service of Bharti Airtel. Impressed with their swift after sales service I chose Airtel DTH connection for my TV and I am proud of my decision. more
Mar 04 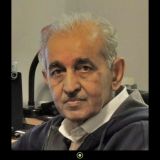 Navin Mehta
Time and again, many of us have some or the other problem with service provides. We put them in words here. What is the use? I have never seen any agency take-up this matter and solve or try to solve the problems. more
Feb 23

Rajiv Kaul
Don't let them off the hook. Lodge police complaint or file the case in consumer forum. All private service provider play dirty tricks and they call it as marketing strategy. But this type of activities should not be encouraged. Complain to the concerned Govt authority more
Feb 22

CHANDRA SEKHAR POLA (HANUMAN UPASAK)
Airtel, BSNL services are worst when it compared with other service providers. One is feeling like it is the no. one in India and another is feeling like we are govt. organization. so, customers should think before taking a mobile connection. more
Feb 22

Amitava Sur
You may try Consumer Grievance Redressal forum. You are likely to find even this forum non-functional. All over the nation there is always a slip between the cup and the lip!!! more
Feb 22
View 27 more comment(s)
Post a Comment