Brij Gupta
Guidelines for Appropriate Boiling of Vegetables
Whatever vegetable you cook, before cutting wash them with luke warm water.

Cut the vegetables in smaller chunks. Lesser the size, minimum the time for cooking and less loss of nutrients while boiling.

Avoid soaking the chopped vegetables in water since they tend to become mushy and water logged.

First boil the required amount of water well and then add the vegetable to avoid loss of nutrients due to over boiling.

Root vegetables should be started cooking in Cold water to leach out the acid flavours.

Add little bit of salt while boiling since it rises the boiling point of water and also enhances the flavour of the Vegetables.

Don't over boil the vegetables very softly. A bit of crunchiness should be there.

Vegetable like Lady's finger need not be boiled since they become sticky. They are boiled with Tamarind water to avoid this.

Carrot needs little more water than the above vegetables.

Cluster beans, Beetroot, Potatoes require water to submerge themselves. It takes long time to get boiled.

Save the boiling water if draining the vegetable and use it for soup and gravies which has lots of nutrients and minerals.

Boil water with salt and lime juice and immerse the cauliflower in it for few minutes to De-worm the vegetable. Then cut into small flowers and use.

Greens should always be cooked opened since they contain chlorophyll and releases Carbon dioxide while boiling. more
Helpful AYUSH - Ayurveda, Yoga, Homeopathy and More Feb 22
Viewed by 1490
View all 22 comments Below 22 comments

P A Cariappa Appaiah
Dear Sir, I am P A cariappa, thanks for information. Regards. P A cariappa. more
Apr 10 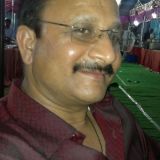