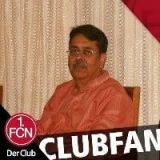 Eating probiotics may be as effective at lowering high blood pressure as cutting down on salt, a study has found, suggesting it may reduce the risk of dying from a heart attack or stroke by a fifth.
Eating probiotic yoghurt twice a day could relieve anxiety and stress by reducing activity in the emotional area of the brain, a study has found.
The study suggests regular consumption of probiotics can be part of a healthy lifestyle to help reduce high blood pressure

Durga Prasad (senior citizen, interested in health matters)
True, Guptaji. In all probability the drugs and pharma industry and the food industry etc are getting this type of monitored studies and use them for their benefit in marketing their products. Thanks sir. more
Aug 14

Brij Gupta (Technical convenor - Essel RWA and Charitable clinic)
Very right Durga Prasad ji. Most of the health problems these days are due to quality of food products available these days, and our food habits as well. These research studies are carried out on certain sections of society , mostly in western world and they start marketing their products accordingly in the developing countries and third world countries since they can make easy money from these countries. I had seen in US, that Probiotic tablets are available these days in every super market there over the counter and when I checked the leaflets available in these packets, no where it is written that these will also help in lowering the blood pressure. These are to be used only for improving your digestion process. All such studies keep coming to market their products in the market of third world countries. more
Aug 14

Durga Prasad (senior citizen, interested in health matters)
There are innumerable studies and suggestions from all over the world on health matters. This study apparently conducted in Australia on a totally different group of ethinic population which might be entirely different from the habits and habitats of Indian population. Secondly, I wish to state here that in the entire Southern part of India, Andhra Pradesh, Tamil Nadu, Karnataka and Kerala) the last dish invariably is curd rice. In fact many hotels in South India have a dish called Tairu Sadam (Curd Rice). So as per above study there should be the least number of high bp population in South, which definitely is not the case. And the other day I had posted another study which opined that Sodium in salt might really not be the culprit for high bp in humans ! This was also conducted in some western country.
My conclusion is the any type of disease in humans is mainly due to non-healthy food habits, least exercise for the body, perennial tensions of modern fast paced life and to a large extent polluted environment in which we are living and also from which there is no escape ! Adulterated food stuffs, high use of pesticides, insecticides and chemical fertilizers have contributed their might in introducing, developing and promoting lot of highly dangerous and carcinogenic diseases. Even if a very disciplined man follows many rules for a healthy life, he still cannot escape the impact of pesticides, pollution and adulteration and tensions etc. more
Aug 14
Post a Comment