The nationwide lockdown will no longer help India in its fight against COVID-19, and in its place community-driven containment, isolation and quarantine strategies have to be brought into play, leading virologist Shahid Jameel said.

The recipient of Shanti Swarup Bhatnagar Prize for Science and Technology also stressed that testing should be carried out vigorously to identify coronavirus hotspots and isolate those areas.

"Our current testing rate at 1,744 tests per million population is one of the lowest in the world. We should deploy both antibody tests and confirmatory PCR tests. This will tell us about pockets of ongoing infection and past (recovered) infection. This will provide data to open up gradually and let economic activity resume," Jameel said

He stressed that testing has to be dynamic to continuously monitor red, orange and green zones and change these based on that data.

About community transmission of COVID-19 in India, Jameel said the country reached that stage long ago.

"We reached community transmission a long time ago. It's just that the health authorities are not admitting it. Even ICMR's own study of SARI (severe acute respiratory illness) showed that about 40 per cent of those who tested positive for SARS-CoV-2 did not have any history of overseas travel or contact to a known case. If this is not community transmission, then what is?" he posed.

Lockdown bought India time in its fight against coronavirus, but continuing it is unlikely to yield any further dividend, Jameel said.

"Instead, community-driven local lockdowns, isolations and quarantines have to come into play. Building trust is most important so that people follow rules. A public health problem cannot be dealt with as a law-and-order problem."

The nationwide lockdown, initially imposed from March 25 to April 14, has been extended thrice and will continue at least till May 31. The virus has claimed 3,720 lives and infected over 1.25 lakh people in the country so far.

Jameel has expertise in the fields of molecular biology, infectious diseases, and biotechnology. He is the CEO of Wellcome Trust/Department of Biotechnology's India Alliance and is best known for extensive research in Hepatitis E virus and HIV.

He said COVID-19 will eventually be controlled through herd immunity, which is acquired in two ways – when a sufficient fraction of the population gets infected and recovers, and with vaccination.

"It is estimated that for SARS-CoV-2 at least 60 per cent of the population would have to be infected and recovered, or vaccinated. This will happen over the course of the next few years," Jameel said.

Herd immunity is reached when the majority of a population becomes immune to an infectious disease, either because they have become infected and recovered, or through vaccination. When that happens, the disease is less likely to spread to people who aren't immune, because there just aren't enough infectious carriers.

"India has 1.38 billion people, a population density of about 400/sq km and a healthcare system ranked at 143 in the world. If we allow 60 per cent people to get infected quickly in the hopes of herd immunity, that would mean 830 million infections," Jameel said.

"If 15 per cent need hospitalization that means about 125 million isolation beds (we have 0.3 million). If five per cent need oxygen and ventilatory support, this amounts to about 42 million oxygen support and ICU beds; we have 0.1 million oxygen support beds and 34,000 ICU beds. This would overwhelm the healthcare system causing mayhem," he said.

Jameel said if the population level mortality is 0.5 per cent that would mean 40 lakh deaths. "Are we prepared to pay this price for herd immunity in the short term? Clearly not," he said.

He said it is unlikely that a vaccine would be available by the end of the year.

"Even then, we don't know yet how long it would give protection – weeks, months, one year, a few years? I don't think we will return to pre-coronavirus days for at least the next 3-5 years. This is also a chance to evaluate if we want to return to those unsustainable, environment-damaging ways. COVID-19 is a timely warning to reform our way of living," he said.

Jameel said it is hard to predict but plausible that COVID-19 would return in second or third wave.

"Later waves come when we don't understand the disease and become lax. A comparison to Spanish Flu is not entirely valid because in 1918 no one knew what caused it. No one had seen a virus till the mid-1930s as the electron microscope needed to view those was invented in 1931," he said.

"Today we know a lot more about the pathogen, its genetic makeup, how it transmits and how to prevent it. We need to be sensible and follow expert advice," he said.

If there is any scientific evidence linking deforestation, rapid urbanisation, climate change with pandemics like COVID-19, he said zoonotic viruses -- those that jump from animals to humans -- happen so when wild animal–human contacts increase.

"Deforestation destroys animal habitats bringing them closer to humans. When you cut forests, bats come to roost on trees closer to human habitations. Their viruses in secretions/stool get transmitted to domestic animals and on to humans. This happened clearly with Nipah virus outbreak in Malaysia in 1997-98 from fruit bats to pigs to humans," he said.

"COVID-19 possibly arose in wet animal markets due to dietary habits that bring all kinds of live and dead wild animals in close contact with humans," Jameel added. more
Helpful Unite to fight Coronavirus May 23
Viewed by 321 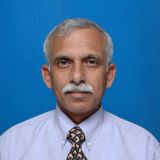 Param Singh
"3-5 years to fully recover to pre COVID-19 says leading virologist" - Thank you for sharing this, whatever the source, it is educative. All respects for Mr. Jameel. more
May 26 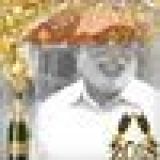 Ramachandran M Nair (Automobile,Construction, Mining, and Material Handling Equip: Technician)
Living in Singapore Ms.Sunita Varghese think she can contribute "copy and paste" articles on "LOCAL CIRCLES".
Population of India 138 billion,125101 cases 3720 death.
Population Of Singapore 5.8 Million ,7137 cases,115 deaths
The rest you can calculate. How India tackled the pandemic can be seen.So send your opinion and copy paste articles to the Govt:of Singapore (if you can or allowed) more
May 24

Param Singh
Simply read the material - whether original research or copy-pasted (so long as authentic), then weigh it against reliable inputs and/or from persons who should know, and digest or discard. Why indulge at this stage into criticism if someone has taken pains to provide information self discovered or acquired? "...living in Singapore... talking of India..." type of conclusions are at best personal likes/dislikes, not scientific methodology. Let us please refrain from such insinuations, please. A lot many data science based models exist in this world that we do not yet have available in India and without really knowing what the author used as a base for making the statements and calculations, let's avoid conjecture. This is for all of us. Please. Thank you. more
May 25

Bhupender Saxena
I agree with Mr. Rajarshi Das. more
May 23

RAJARSHI DAS
Pl dont copy the media report in toto..you may be in trouble..

Yes..it is pretty confusing..what will work and what will not..India with its vastness of population and typically high population density pockets (like Dharavi..) and the mass migrations..presents a unique scenario.

After 60 days of lockdown and with the economic activities opening up, people may get more casual wrt physical (social) distancing..that's going to me more troublesome..

We have to try our best to be safe and keep our fingers crossed. This may stretch beyond 2020.. more
May 23
Post a Comment