Network black out in most part in Delhi. Dolphin, Vodafone are fleecing people without service

By Saurabh Kishore
I am a subscriber of Delhi's Dolphin network which is part of MTNL in Delhi since it was launched. In the beginning the service was good and particularly wonderful in rural distant areas since i travel a lot in the course of my work. My this particular number is widely distributed among all my contacts and i have a feeling of keeping at least one government provided service so did't changed or port with other service providers. I have noted that since the NDA Govt. came in power the service of this particular network become very poor and even deteriorated year after year. There helpline numbers are not working, they regularly charge their fixed bill but completely failed in providing service/connectivity. The horse-mouthed ministers are always praise their work but ground reality is quite different. Off-late Vodafone also become dysfunctional. These all service providers are only interested in fleecing money out of consumers pocket but completely failed in their duty. People say why don't you port your number but that is also not very easy, and question is why.
Connected Consumers (Delhi NCR)Mar 16
14 Online Signatures
Viewed by 185

G. C. Mathur
I support you and sign the petition. Very truly, the Internet Service Providers have definitely gone to minting money at the cost of consumers without compensating them with adequate services for which they charge. I hope TRAI has taken note of. more
Mar 17 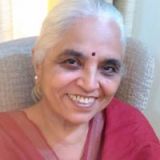 Sanjeev Chopra
Are you sure that network deteriorated because NDA came to power? more
Mar 17