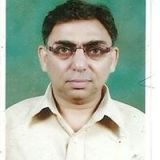 By Jaimini Bhardwaj
The Supreme court judgement on enhanced pension should be eligible on all those of same orgatnisation who are contributing 12% on actual wages since joining retired before 2014 or retired after 2014. The Supreme court once allowed the condone of time limit for filing the consent form for those retired before 2014 the same should also be applicable for those retired after 2014 but could not submit consent form as per direction of epfo since it is not in the knowledge of members .The same Supreme court decision time limit condone should also be applicable to all retiring after 2014 and contributing 12% on actual wages. The epfo department may transfer their contribution 8.33% towards pension fund and allowed enhanced pension in the interest of natural justice to avoid discrimination as the retiring after 2014 of same organisation will get much less pension if it does not allowed.

Jaimini Bhardwaj
The Petition was also marked to: