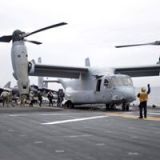 By Ajeet Singh (hi)
Dr. Abdul Kalam’s residence, where he spent his last years in New Delhi, has been evacuated. On October 31 (2015), the keys of 10, Rajaji Marg, New Delhi, were handed over to the Union Urban Development Ministry so that the Union Minister of State for Culture, Mahesh Sharma, can move in. The Union Government has allocated this 'Temple of advanced learning' where one of the greatest patriots had worked for the nation by invigorating the youth energy, to Minister Mahesh Sharma.

Thousands of Dr. Kalam’s books and documents that he worked on through his life, the Veena that he often played, were boxed up, so that Culture Minister Mahesh Sharma, who has been in the news recently for his sexist and discriminatory comments, can move in. Among those controversial statements by this Minister was the shocker that Kalam was a "nationalist despite being a Muslim".

These books and other belongings of Kalam were sent to his ancestral house in Rameswaram down south, where his family does not have enough space even to stack up those boxes and friendly neighbours helped by accommodating a few.

I’m shocked and appalled at this dishonor done to Kalam and the millions of right-thinking Indians by rejecting the appeal for setting up a Knowledge Centre at Kalam's residence.

Sign my petition asking the Government of India establish an 'Dr. Abdul Kalam International Knowledge Centre’ to honour Dr. Kalam. Even now, his books and other belongings can be brought back to prepare setting up the Centre at the place where he had lived.

If the Union Government chooses to stick to its decision to give this place to its controversial minister Mahesh Sharma, I had humbly requested Delhi Government to build a Kalam International Knowledge Centre using its own resources and fulfil the plea made by thousands of Indians and others to establish such a Centre, which would not only honour the legacy of Kalam but also serve as a nerve centre for research to develop solutions for our various socio-economic issues.

Moving Dr. Kalam’s work to the small town of Rameswaram is one of the biggest insults to the legacy of one of our greatest Presidents, who spent his last years inspiring the youth to contribute for the good of society.

Setting up 'Dr. Abdul Kalam International Knowledge Centre' at 10, Rajaji Marg, and opening it to general public, would have served as a universal destination for scholars, scientists and students where Dr. Kalam’s work will give practical and inexpensive solutions for our most critical issues. That would have been is the best way to honour a true patriot and the legend that was President Abdul Kalam, who selflessly served the country till his very last breath.

Even now, the Union Government can do this. I appeal to all the right-thinking people, all the Kalam admirers, to sign this petition to request the Modi Government to shift its culture minister Mahesh Sharma to some other place and establish the Abdul Kalam Knowledge Centre at 10, Rajaji Marg, without further delay.